Independence Day in a Different Perspective 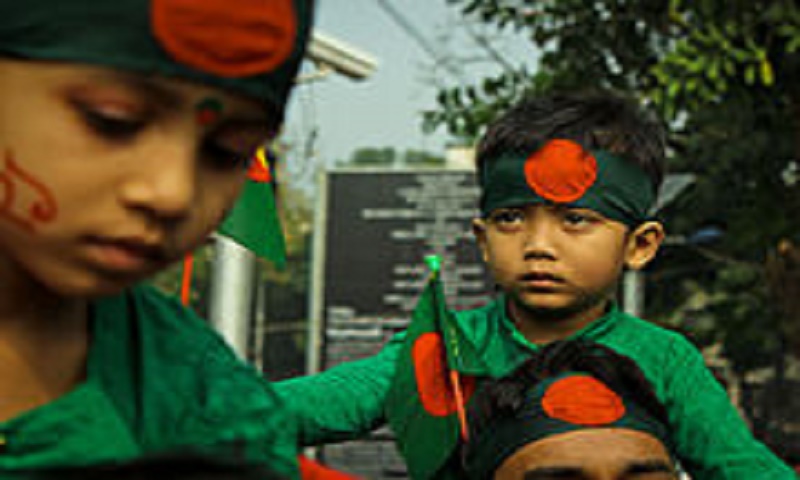 The most cherished day, Independence Day, in the lives of the citizens of Bangladesh is going to be observed today. On this day, in 1971, the independence of the country was declared by the Father of the Nation just before he was to be taken into custody by the Pakistani occupation forces. After a pitched battle fought for nine months with the sacrifices of the millions Bangladesh was liberated on December 16, 1971 with the surrender of the Pakistani forces to the ‘Mitra Bahini’ or the allied forces of the Mukti Bahini and the Indian Armed forces. Since then, the day is celebrated with great fanfare by the people of Bangladesh origin wherever they live around the world. From 1971, we have traveled 49 years as an independent sovereign nation. During all these years, we as a nation has earned many laurels of achievement and catapulted Bangladesh to a greater height in the international arena. These have been possible due to the sustained efforts of the resilient people of the country who are not daunted ever with any kind of challenges. The liberation struggle has taught them the lesson of embracing challenges against all odds. We have also learned that at the end of the day the unity and the relentless fights are crowned with victories or successes.

However, this year the scenario across the world and in the country is different or we can say that we are faced with a challenge that the mankind has never faced in history. We learned from the history that the human civilization has faced many catastrophes, disasters and challenges of insurmountable nature. These were won or overcome with great costs of human lives, sufferings and loss of resources. These catastrophes and disasters came in the form of armed conflicts engulfing a large part of the world with the involvement of many countries. The others were natural disasters like cyclones, floods and earthquakes etc. Besides these the other kind of catastrophes that took take toll of human lives includes epidemics and pandemics. It has been recorded that throughout the course of history, these disease outbreaks have ravaged humanity, sometimes changing the course of history and, at times, signaling the end of entire civilizations. According to the historians about 20 such diseases related disasters have ravaged the earth at different times in history. These started in the pre historic times and still continuing today threating human lives and civilization.

Currently, the world is being raved by the outbreak of the pandemic caused by the Covid-19 virus. The virus first created havoc in China. From there on it has travelled to different parts of the world. Ultimately it has engulfed the whole world. The worst hit countries include Italy, Iran, Spain, Portugal and England. It is also spreading like wildfire in the USA. In the South Asian countries it has stated to spread its deadly tentacles. Bangladesh as a South Asian country is now at a grave threat due to the onslaught of the Covid-19 virus. Already, everything has come to a standstill the country is almost locked down in line with the Chinese experience of combating the disease and saving the lives of the people. All kinds of activities including economic activities are about to be shut down. Besides lives, it is going to take tolls on all other areas of human lives. All our achievements are going to be destroyed by the spread of the virus. No one knows in the world when it is going to be over as there no remedy or antivirus not yet been found in any part of the world.

The Independence Day of Bangladesh is going to be observed under this grim scenario of the Covid-19 pandemic. There would be no fanfare and state programs and other festivities organised by the different sections of the society and organisations. This year’s Independence Day celebration would be just remembrance of the day and great sacrifices of the people of the country. However, it can be said that the auspicious day has come at the right moment in the history of Bangladesh. This will remind the people of the essence of unity, solidarity and steadfastness that are keys to success under any difficult situations. Liberation struggle is a glaring example of the unity and valour of the all sections of the people under trying times. The people fought the liberation war against a well-equipped trained army with practically empty hands. But the unity of the people ultimately mattered and made them victorious against apparently invincible odds. People adhering different political ideologies, race and religion got themselves united for a common cause, i.e., independence. This year’s independence should be observed by all in the same spirit that made us victorious in 1971. Now the time has come again for extending helping hands to others to overcome the most adverse situation in the lives of the mankind. For the interest of the nation and to come out of this menace of covet 19 we all need to abide by the health prescriptions provided by the Government and the World Health Organization. As the economic activities has come to almost a halt, the daily wage earners and the poorer sections of our population is going to be hard hit as their daily income earning activities are also stopped. Like the days of liberation war of 1971, we all who have some more resources that others must come forward to share some of our resources to others who would be struggling in the coming days. At the same time, we also need to help the state agencies that are particularly involved in different areas affected by the Covid-19 virus. The medical professionals that include the physicians, nurses and other supporting personnel should be given all kinds of supports and cooperation by the government and the citizens. At this grave juncture, we must remember that they are our frontline fighters like the Mukti Bahini during our liberation war. The pledge on this Independence Day should be to win over the Covid-19 virus by imbibing within us the spirit of the liberation war.

The writer is a Professor, Department of Public Administration, and University of Dhaka.