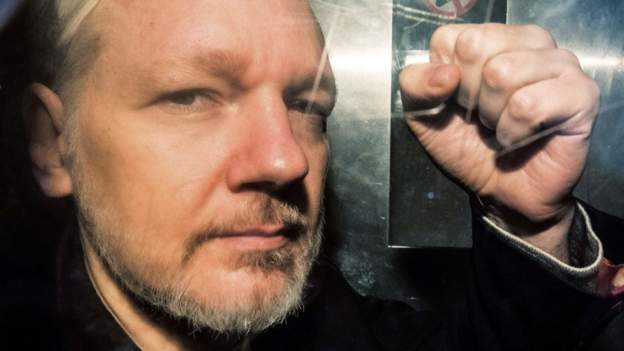 Wikileaks founder Julian Assange has been denied bail from a British prison after his lawyers said he was at particular risk of catching the new coronavirus.

Assange suffered several respiratory tract infections while in the Ecuadorean embassy in London, his defence said, and if he caught the virus in prison "the risk could be fatal".

But the judge at Westminster Magistrates' Court rejected the request, saying the Australian's past efforts to evade legal proceedings showed he might try to escape again if released.

"As matters stand today, this global pandemic does not as of itself provide grounds for Mr Assange's release," Judge Vanessa Baraitser said.

Currently in London's Belmarsh prison, Assange is wanted for questioning in the US for allegedly hacking and publishing military databases. The 48-year-old says the charges are politically motivated.