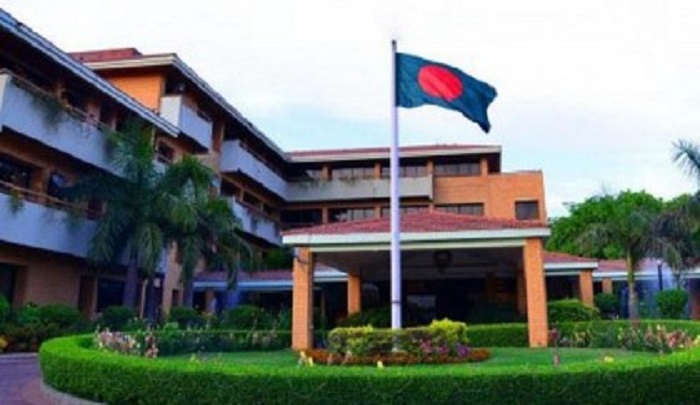 Bangladesh High Commission in New Delhi on Wednesday observed the Genocide Day to pay tribute to those, who sacrificed their lives on the black night of March 25, 1971 when Pakistani occupation forces carried out brutality on the unarmed Bengalis.

To mark the day, the high commission arranged an in-house programme with the presence of its officials due to total lockdown and curfew imposed by the Indian government since March 24, 2020 to contain the spread of COVID-19.

Bangladesh High Commissioner to India Muhammad Imran presided over the discussion meeting attended by the officials of the High Commission. A moment of silence was observed as a tribute to the victims of Genocide Day.

The high commissioner paid respect to the Father of the Nation Bangabandhu Sheikh Mujibur Rahman and the martyrs who sacrificed their lives on this night as well as during Bangladesh’s nine month long War of Liberation in 1971.

“The significance of the Genocide Day lies in the fact that it reminds the contemporary generations of the bravery of their forefathers and carries a realisation that every killing should be accounted for,” he said.

At the end of the programme, a special prayer was offered for the eternal peace of the departed soul of martyrs of the Liberation War of Bangladesh, Father of the Nation Bangabandhu Sheikh Mujibur Rahman and his family members who were brutally killed on August 15, 1975.