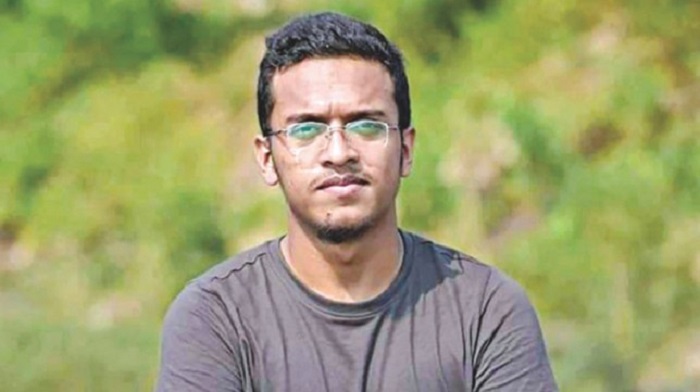 The order will come into effect immediately.

The sensational case is now pending before Dhaka Speedy Trial Tribunal-1, as the court is scheduled to hold a hearing on charge framing in the case on April 6.

The court issued an arrest warrant against Morsheduzzaman Jishan, Ehteshamul Rabbi Tanim and Mostaba Rafid. Of the three, the names of Jishan and Tanim were there in the first information report (FIR).

Earlier on March 18, Dhaka Metropolitan Sessions Judge Court, which was holding a hearing in the case initially, transferred the case to Dhaka Speedy Trial Tribunal-1, two days after the Public Security Division of Ministry of Home Affairs issued a notification in this regard.

Earlier on November 13, 2019, the court took charge sheet in the case filed by Detective Branch (DB) of police against 25 accused, into cognizance.

Bangladesh University of Engineering and Technology (BUET) students and the varsity authorities found seemingly lifeless body of Abrar, 22, on first-floor stairs of Sher-e-Bangla Hall and rushed him to Dhaka Medical College Hospital (DMCH), where doctors declared him dead at around 6.30 am on October 7, 2019.