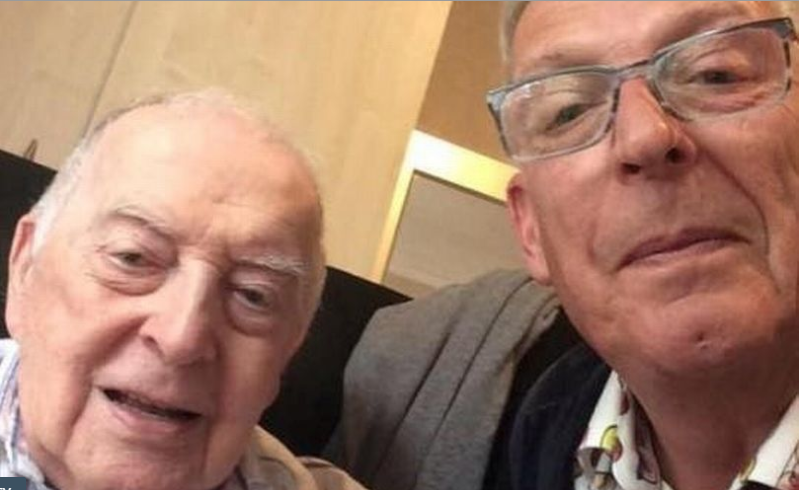 A 98-year-old World War Two hero is believed to be the oldest person in the UK to recover from coronavirus after testing positive a week ago.

Jack Bowden, who turns 99 in May, was taken to hospital last Monday after falling ill with a water infection before testing positive and being placed in isolation.

The great-grandfather, a retired pharmacist, was treated before making a remarkable recovery and returning to his nursing home in Bolton on Friday.

Mark Bowden, Jack's youngest child who also runs the family optician's, said: "Myself and my partner were due to cut his hair last week, but we thought that they may well be in lockdown so we phoned the nursing home last Monday.

"They said that they were not in lockdown but my father had been poorly during the night so I told him we would have to put off the haircut. He's suffered from urine infections over the past 4-5 years, but he's getting better at managing them.
"The doctor spoke to me and had concerns that he was getting confused. He was admitted to hospital and was treated for a suspected urine infection, they felt he improved a lot over the week.

"The doctors told me that they had tested him for COVID-19. On the Wednesday when my brother rang me to say that his test result was positive, I couldn't believe it.

"I spoke to my father on the phone and he said: 'I think I've actually got the real thing'. He was moved to an isolation ward on Thursday.

"By the Friday they rang me to say that they were discharging him, they said he had a healthy appetite and he was doing really well.
"I spoke to the him on Monday morning, and he was sat up in his chair, doing really well. The consultant even wants to use him as a case study."

During the Second World War Mr Bowden was based in Clevedon, Somerset, where he worked on production of Penicillin at the Royal Navy Medical School.

Jack's granddaughter Nicola Hyams shared her grandad's recovery online. She said: "Everyone's so impressed by how he managed. He's gone back home now and by all accounts he's doing very well. He's complaining about having to stay in his bed."