PM’s directive, military, medics, but who else? 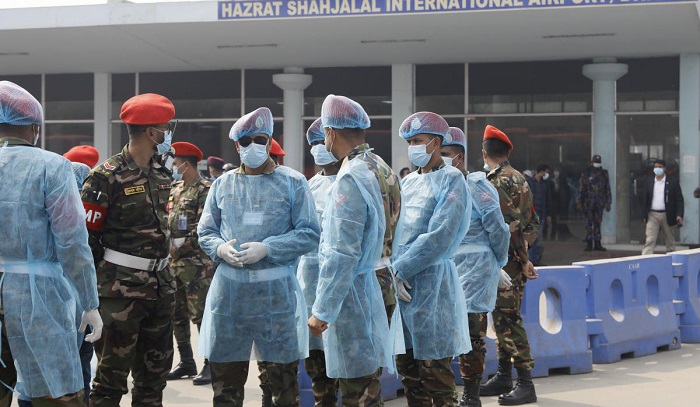 After the medics, the armed forces are at war now to defeat a virus which is in some cases deadly and so far no vaccine has been found either to stop it from infecting people or to treat them. The questions of the hour is who else has joined the war? What about the big corporates or the well-off section of the society?

As for Prime Minister Sheikh Hasina, take for example, the 1998 floods which one UN body had forecast that 2 million people would perish due to hunger. She immediately rebuffed the concerned organisation and proved her point by ensuring zero death due to hunger. 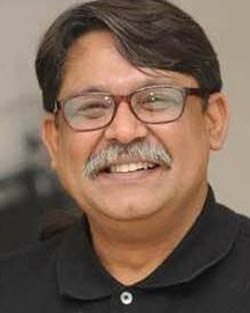 Thus her timely order for the armed forces to be deployed across Bangladesh would save many lives and families.

The most powerful nations are finding it difficult to cope with a bug so tiny, yet so dangerous and the army, navy and air force would be performing as patriots like their commander.

It is the again the brave armed forces, who fought the 1971 independence war against Pakistan, that our prudent, dynamic and passionate guardian --- the prime minister --- has ordered the deployment to help the nation tide over this national crisis by aiding the civil administration under the command of Chief of Army Staff General M. Aziz Ahmed who is known for his courage as well as commitment to the nation. He is a real patriot.

The armed forces is the only institution which is now the most trustworthy, agile and effective organisation to undertake these mammoth task to fight the pandemic.

The premier has entrusted this prodigious task of course to her most trusted lieutenant – the army chief General M Aziz Ahmed, who I am sanguine would drive the forces under his benevolent, effective and above all,  his adept command to a moment of triumph that the nation has been praying now to beat the invisible enemy --- a pervasive disease.

General Aziz has proven in the past his ability in various capacities during multifaceted episodes of national developments and when serving in United Nations Peace Keeping Operations.

The nation rests a little amid hands raised in prayers for saving the country from the scourge as well as the well-being of the armed forces as well as the medics who have been at the forefront of this war.

One expatriate Bangladeshi with the United Nations currently drew my attention in a message pleading to save the premier. “Who is allowing the PM to be exposed to danger? Why should she go to vote (Dhaka -10)? Is she not above 65 (72 in fact)? Is this another conspiracy against her?”

This was the television footage or photographs of the premier voting without wearing a mask or hand gloves that made him worry.

Being the brave daughter of one of the world’s greatest leaders ever, Bangabadhu Sheikh Mujibur Rahman, she apparently went to vote to tell the people “do not be afraid, do not panic.” Not a bit of tension was visible as she voted with her usual warm smile.

Yet, many were of the opinion that somebody should have ensured minimum protection for the premier as the coronavirus is very contagious. She is the person who has to live for the very existence of this country and one would want her to be in safety 24/7.

The other issue which was in discussion these days was why Sheikh Hasina was the only one planning strategies and seeking funds. Only one major business conglomerate came forward by gifting five thermal scanners to the health ministry.

But what happened to the rest who have made big businesses due to the major development works the premier has undertaken in all the sectors from power to infrastructure development.

We must congratulate non-governmental organisations like BRAC and Manusher Jonno among others, while student bodies like Chatra League and Chatra Union to name a few, for doing their part in this major war of the century.

A Facebook auction to raise a small amount of fund for a hospital’s corona unit had no takers! What a shame. We spend millions on weddings, holidays, dinners in up-market restaurants or hosting parties, but no takers for a humanitarian act which is so urgent currently.

The medics, some of whom are already in quarantine, are on the front of this war and we must congratulate them for the courage they have been showing despite imminent risks of getting infected. We must do everything possible to protect them from getting sick with coronavirus.

Let us not wait for the prime minister to make an appeal, but all of us must come forward to put our bit in whichever way we can now. If not now, when?

Take steps to back the premier’s efforts to beat the bug by contributing funds mainly or import essential treatment, stand shoulder-to-shoulder with the armed forces, the medics and the civil administration to boost our national fight against a demon called coronavirus.