The Boy Who Became Bangabandhu 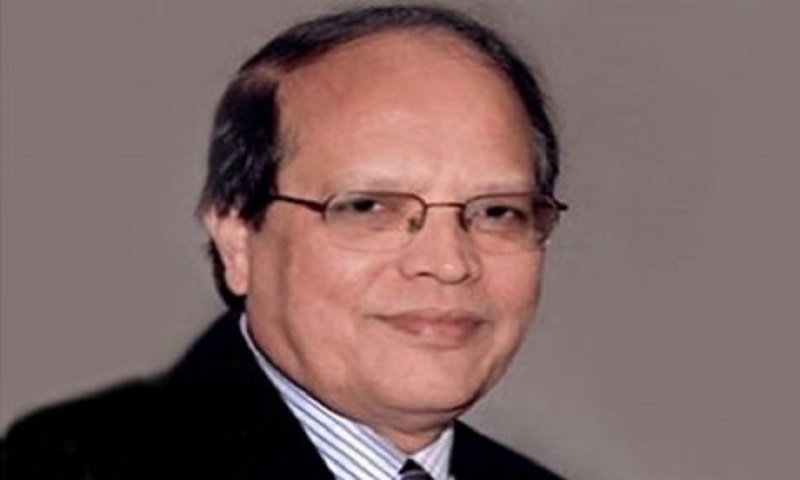 Bangabandhu was not born into an elite family. Yet, he became one of the most influential leaders of his time. That he was going to be a transformational leader who could shake the status quo was revealed even when he was very young. The life-sketch of this aesthetic leader from ‘khoka’ towards Bangabandhu via ‘Mujib’, followed by ‘Sheikh Mujib’ and ‘Sheikh Shaheb” is simply amazing. What is more fascinating is that he never forgot his roots and remained closer to the ground. He did not lose his touch with the masses even after becoming the Prime Minister. He had a sharp memory and could remember thousands of people he came across during his entire political career. To elaborate on this point, I would like to bring to the notice of the readers two incidents from two different times of Bangabandhu’s life. One when he was a little boy and the other when he was the Prime Minister.

His daughter Prime Minister Sheikh Hasina wrote on 16 August 1996 in one of her Newspaper articles, “…I have heard from my (paternal) grandmother that they had to buy quite a few umbrellas for my father every month. The reason was that if he saw any poor boy in his class who could not afford to buy an umbrella, my father gave away his own so that he (that boy) did not have to suffer in the heat or rain. Sometimes he even gave away his textbooks…” This shows that even as a child, Bangabandhu felt deeply for those around him and wanted to help them if they were in misery. Indeed, he was a born compassionate leader.

Now let us talk about another incident which took place many years later in the Ganabhaban. Monwarul Islam, one of his affectionate personal officials, wrote in his article on Bangabandhu in 2007 “…One day, after we got stationed at Ganabhaban, a poor old man stood at the gate of the building and kept saying, ‘I want to meet Bangabandhu just once’. We tried to make him understand that Bangabandhu does not have that sort of time and we tried to send him away with some money and clothes. However, he did not listen to us. Neither did he take the money or clothes. He was adamant about seeing Bangabandhu for once. He refused to tell us his name or why he wanted to meet Bangabandhu.

In the end, we let Bangabandhu know about this situation. He immediately kept his paperwork aside and said, ‘Bring him inside’. The old man came in and stood near the door. He looked at Bangabandhu for a few moments and finally asked, ‘Can you recognise me, Baba (meaning affectionately ‘my dear son’)?’ Bangabandhu sat and gazed at the man while puffing his pipe. What a challenge! We stood there starting to feel awkward. For a long time, nobody said anything. Suddenly, Bangabandhu exclaimed, ‘Yes, I remember now. I crossed the river by boat in Barisal during the United Front elections. Aren’t you the boatman from that time?’

‘You remember me’! The old man started to shiver and broke into tears as he said this. Bangabandhu left his chair and embraced the old man right away. He also saw him off going near to the gate. The old man refused to take anything and said that the Father of the Nation remembered him even after twenty years. What else could be bigger gift than this? …”. Such was the depth of his bonding with his followers.

When we compare these two incidents, we see that Bangabandhu always had this humane side to him which he nurtured starting from his childhood throughout his life. And that differentiated him with his peers.

Along with his heart of gold, Bangabandhu still had a childhood just like any other boy in the neighborhood. Sheikh Hasina, the eldest daughter of Bangabandhu, says, “My father spent his boyhood in the village Tungipara where he used to jump into the river and walk through the muddy roads. He used to get wet in rains. He used to see for hours how the birds (‘Babui’) built their nests, how the kingfishers dived into the water to catch the fish and heard the sweet songs of the ‘doyel’ bird. All this attracted him deeply.”

During his teens, Sheikh Mujib established the ‘Muslim SebaSamiti’ along with his home tutor Abdul Hamid MSc when he was studying at Gopalganj Mission School. He and his teacher did charity work for poor students. Working with his teacher in the ‘Muslim Seba Samiti’ enabled him to become more empathetic towards others and this also enhanced his organisational and leadership skills. Even after sudden death of his teacher, he continued these humanitarian activities along with his friends under the guidance of another teacher.

Young Mujib also liked reading. His was one of those few families which kept newspapers at their homes. He grew up reading newspapers like ‘Ananda Bazar’, ‘Basumati’,’ Azaad’, ‘Monthly Muhammadi’, and ‘Swagat’. His familiarity with these newspapers opened the doors to many unexplored worlds for him. He was even attracted by the reading clubs organised by radical activists loyal to Netaji Subhash Chandra Bose who fought for independence of India. This was only a short spell of encounter with the followers of Netaji whom he admired.

Sheikh Mujibur Rahman’s meeting with Suhrawardy at a young age was a significant event in his life. Although this story is widely known, it still deserves to be discussed time and again. This event took place in 1938 when Sher-e-Bangla, the Premier of Bengal and Suhrawardy, the minister in Bengal Government visited Gopalganj. Mujib was then a student of Mission School and due to his large physique, he was assigned to be a volunteer during their visit. When Suhrawardy made a visit to Mujib’s school, Mujib and his team welcomed the minister and then Mujib told Suhrawardy about the leakage on the roof of their school building. He asked Suhrawardy to promise that the roof of the school building would be fixed as early as possible. This left a lasting impression in Suhrawardy’s mind, as we get to know when we read the ‘Unfinished Memoirs’ of Bangabandhu. Suhrawardy noted Mujib’s name and address and later sent him letters. This established a contact between the duo which was indeed a milestone in our democratic struggle.

There are many aspects of this incident when we look at it analytically. It shows how courageous Mujib was even at a tender age and as well as his strong sense of justice. Along with that, the event itself has played an important role in Sheikh Mujib becoming Bangabandhu. In fact, this may have been one of the events that eventually led to the formation of an uncompromising leadership trait in Bangabandhu.

Subsequently, he went to Calcutta (now Kolkata) to see Suhrwardy even before he got admitted into Islamia College in that city. Thus started a bonding between two leaders who complemented each other in forging a political unity among the progressive leaders of the then East Bengal leading to help make a fruitful transition towards secular, modern and inclusive political landscape in the region which constitutes today’s Bangladesh.