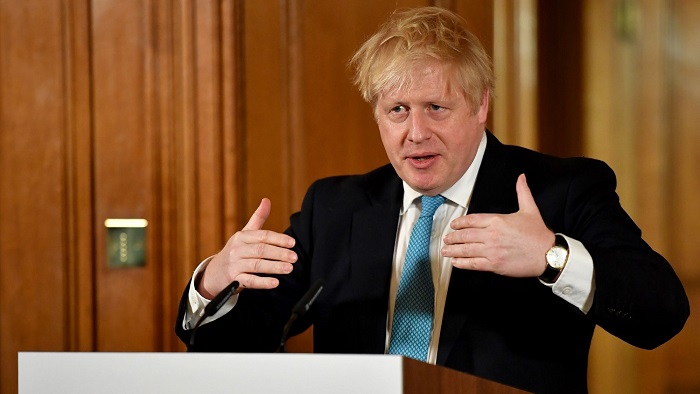 British Prime Minister Boris Johnson will address the nation Monday, his office announced, amid increasing calls for a full lockdown to tackle the coronavirus outbreak.

Johnson will speak at 2030 GMT, and is expected to announce tougher restrictions on the movement of citizens as the Foreign Office told Britons abroad to return immediately.

Downing Street said only that Johnson's speech would be about "new measures to tackle the coronavirus outbreak".

But Health Secretary Matt Hancock has said the government was willing to take "more action" to prevent the spread of the disease, after concern the public was ignoring calls to stay home.

At the weekend, many parts of Britain, including national parks in Wales and Scotland, were packed. The government has said social distancing to limit close-contact transmission of the virus is vital.

"It's very selfish," Hancock told BBC radio. "The (state-run National Health Service) is doing everything it can and preparing for the spread of this virus.

"If people go within two metres (six feet) of others who they don't live with then they're helping to spread the virus -- and the consequences of that costs lives and it means that, for everyone, this will go on for longer."

Raab also suggested stronger measures were on their way.

"We are strongly urging UK travellers overseas to return home now where and while there are still commercial routes to do so," Raab said in statement.

"If you are on holiday abroad the time to come home is now while you still can."