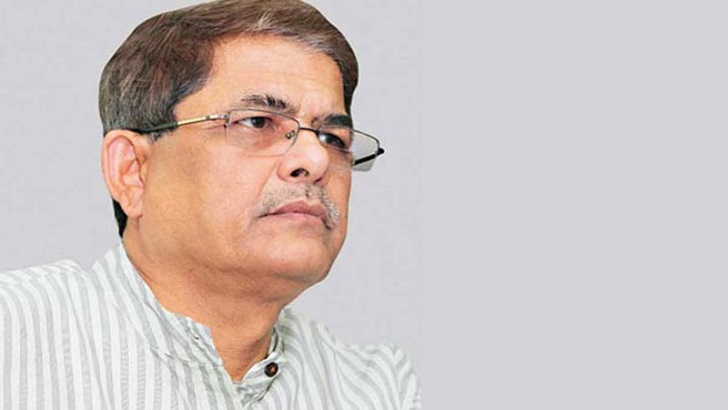 BNP Secretary General Mirza Fakhrul Islam Alamgir on Saturday urged the country’s people to work together - irrespective of party and opinion - to prevent coronavirus outbreak instead of being panicked.

"We think this (coronavirus) is a national and global disaster. That’s why we’re calling upon all people, regardless of party, opinion, caste and creed to work together and not to get panicked. We all need to demonstrate an attitude that we’ll overcome it together,” he said.

The BNP leader further said, "We all must do the work what we need to do now to tackle the situation. We would like to clearly say this global disaster must be dealt with through national unity.”

He made the remarks while talking to reporters after a meeting of BNP standing committee members at the party chairperson’s Gulshan office.

Fakhrul said the government should now encourage people to stay indoors to prevent spread of the virus.

He urged businessmen not to raise the prices of essential commodities. “Try to stand beside people at this critical time instead taking advantage of the situation.”

The BNP leader criticised the government for what he said its failure and indifference to take necessary preparations to tackle the coronavirus.

He also demanded the government provide allowances to low-income and marginalised people as they are now not getting jobs.

Fakhrul said the prices of essentials have gone up due to the government’s ‘failure’ to monitor the market.

He warned that the country may face a famine-like situation if the government fails to take long-term steps to face the situation.

About the by-elections to three parliamentary seats held today, the BNP leader said not even two percent votes were cast as the Election Commission conducted the voting amid the fear of coronavirus infection ignoring BNP’s request to postpone the polls.

He said their party candidate’s polling agents were driven out by the ‘ruling party men’ during the voting.

The BNP leader demanded re-elections to Dhaka-10, Gaibandha-3 and Bagerhat-4.