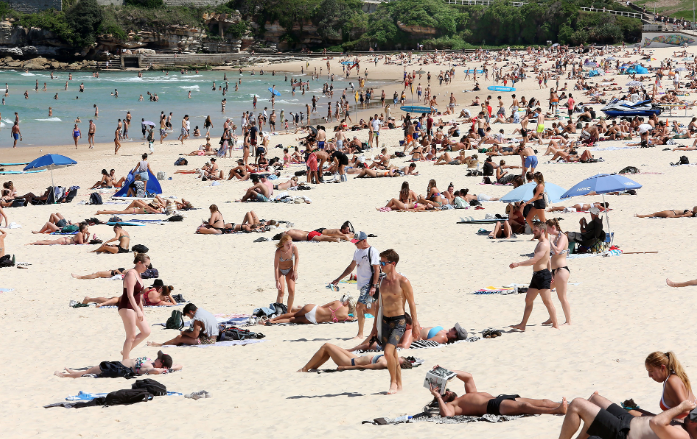 Authorities in Sydney are closing Bondi Beach after crowds gathered at the iconic waterfront site to take in the sun and swim, effectively ignoring warnings about the importance of social distancing to help prevent the novel coronavirus from spreading.

It appears more were planning to do so today, according to David Elliott, the Minister for Police and Emergency Services in New South Wales state.

"What we saw this morning here at Bondi Beach was the most irresponsible behavior of individuals that we've seen so far. We cannot have an active area of community activity where more than 500 people are gathered," Elliott said at a news conference in Sydney today.

"It's with a significant level of disappointment that we have to move today to not only remove people from Bondi Beach but use this as an opportunity to remind people that the Health Act must be complied with."