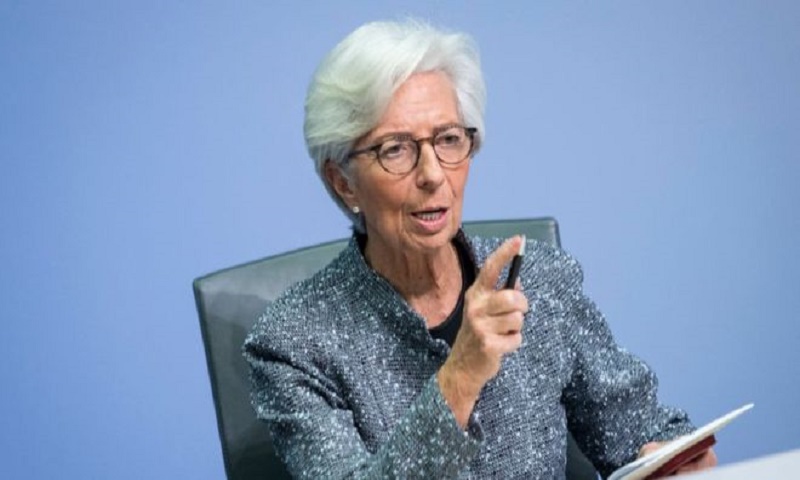 The European Central Bank (ECB) has launched an emergency €750bn ($820bn; £706bn) package to ease the impact of the coronavirus pandemic.

It will buy government and company debt across the eurozone, including that of troubled Greece and Italy.

ECB boss Christine Lagarde tweeted "there are no limits" to its commitment to the euro.

In recent weeks central banks and governments around the world have announced major stimulus plans.

The so-called Pandemic Emergency Purchase Programme comes just six days after the ECB unveiled measures that failed to calm markets, piling pressure on it to do more to support Europe's economies.

It was part of co-ordinated action launched by the UK, Japan, eurozone, Canada and Switzerland, reports BBC.

As part of that announcement, the Fed said it would work with other central banks to increase the availability of dollars for commercial banks.