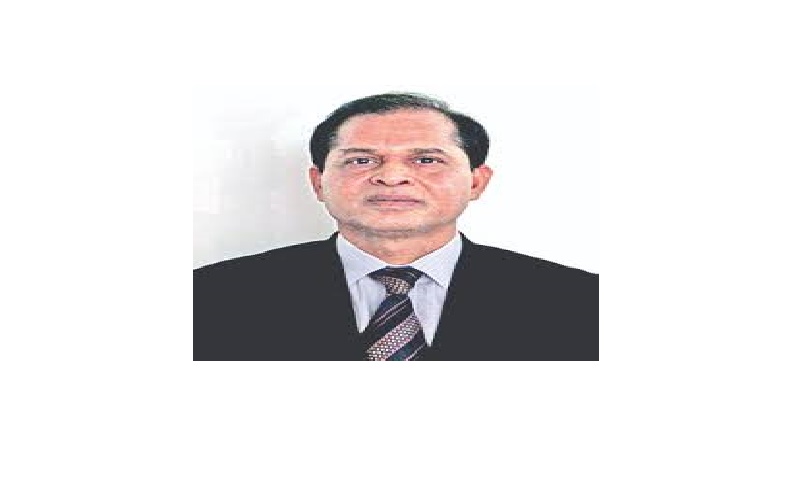 Afghan President Mohammad Daoud Khan arrived in Dhaka on 14 March 1975 for a three-day official visit. Father of the Nation Bangabandhu Sheikh Mujibur Rahman welcomed him at the airport. President Daoud went to Savar and paid tribute to the valiant martyrs of independence at the National Memorial, offered flowers and signed the inspection book. He also called on Bangabandhu on 14 March and they had an-hour long informal meeting.

On 15 March, the official meeting was held between the two countries under the leadership of the two Presidents. Before the formal talks, they had a tête-à-tête meeting. The two leaders discussed the latest situation in the sub-continent in light of the lifting of embargo on arms supply to Pakistan by America. They discussed both bilateral and international issues, including strengthening bilateral relations between the two countries, the world's economic crisis, the oil crisis and the proposal for a non-aligned conference to be held in Colombo in August of that year.

Their discussions had reflected the common attitude and similarities of thoughts towards current international issues and further strengthening and consolidating the brotherly relations between the two countries. Bangabandhu informed the Afghan President about the success of his people in the political and economic fields since independence.

President Daoud was deeply impressed with Bangladesh's progress in various fields under Bangabandhu’s leadership. He highly appreciated Bangabandhu’s efforts to create new social and political structures as well as the initiatives and strong commitment of the people of Bangladesh for successfully coming out of the economic exploitation existing over centuries. The Afghan President, on the other hand, described the programmes undertaken by his government for overall development and progress in social and economic changes of Afghanistan since the declaration of the Republic in 1973. He also mentioned the successes of those progressive policies in the political, economic and social fields.

Appreciating the constructive efforts of the people of Afghanistan, Bangabandhu said that the people of Bangladesh were pleased with their success in creating a new society under the leadership of President Daoud.

Both sides reaffirmed their dedication to the concept of non-alignment and peaceful co-existence to which their countries had always been committed. They reiterated their determination to make maximum contribution to the implementation of the decisions and resolutions of the Algiers Non-aligned Summit. The two countries supported the declaration of the struggle for establishing a new international system at the sixth special meeting of the UN General Assembly and the efforts of the non-aligned countries to implement the policies and objectives of the programme. They agreed to co-ordinate their efforts to promote the success of the next Non-aligned Summit to be held in Colombo - the first of its kind in Asia.

They reiterated that developing countries must strengthen economic and technical cooperation between them in order to achieve rapid economic progress. They also agreed that greater cooperation between the countries of the region was essential. After reviewing the current developments in South Asia, the two leaders expressed their firm conviction that respect for the legitimate rights and aspirations of the peoples of the region and solution to problems in a spirit of understanding could ensure peace. In this regard, President Daoud lauded Bangladesh for the constructive efforts it had exerted for normalisation of relations in the sub-continent. He also praised for the progress the new nation had made in different fields under the leadership of Bangabandhu.

Bangladesh and Afghanistan reiterated their support for the declaration of the Indian Ocean as a zone of peace. They hoped that respect and devotion would be shown to the UN declaration. Reaffirming their support for, and solidarity with the Arab brethren in their just struggle against aggression, they reiterated that the restoration of the Arab territories illegally occupied by the Israelis and the realisation of the sovereign national right of the Palestinians were essential for achieving a lasting settlement in the Middle East.

They congratulated the recent recognition of the PLO as the sole representative of the Palestinians, and expressed their satisfaction to the United Nations for giving the PLO leaders the opportunity to present their views in the world forum.

Both sides reiterated their support for the liberation struggle and the struggle against colonialism, alien rule and apartheid. They welcomed the positive improvement of Bangladesh-Afghan relations in all areas including trade, economic, cultural, education and civil aviation.

They reiterated their determination to widen further the field of cooperation between the two countries.

They had also positively considered the possibility of expanding the bilateral relations in trade and economic sectors. The two Presidents reached a consensus that a bilateral programme for technical cooperation should be formulated and implemented in the prescribed fields. For that purpose, an economic and planning delegation from Bangladesh would visit Afghanistan.

Both sides noted with satisfaction that President Daoud's visit would make a significant and lasting contribution to strengthening the bilateral friendship and brotherly understanding between the two countries.

After the meeting, President Daoud told the journalists that their talks were held in a very cordial and brotherly environment. They had discussions on issues of mutual interest of the two countries, including international issues and the current situation of the sub-continent. He said, "I am grateful for the sincere welcome extended by your great leader President Bangabandhu Sheikh Mujibur Rahman to me and other members of my delegation.”

In response to a question, the Afghan President said that they discussed various international issues, including the lifting of embargo on arms supply to Pakistan by the USA, and the economic problems. In response to another question, he said that his country was trying to solve its problems with Pakistan. He said that the attitude of the Afghans was well-known to the friendly countries as well as other countries of the world.

On 14 March, Bangabandhu hosted a banquet in honour of President Daoud. At the banquet, Bangabandhu said that the people of Bangladesh held him in high esteem as an outstanding leader of the brotherly people of Afghanistan, a great statesman and a trusted friend of the Bengali nation. He said, “You assumed the reins of government at a crucial time in the history of your country. The inspiration and the leadership that you have given to the people of Afghanistan have significantly contributed to the progress of the Afghan nation.” Bangabandhu appreciated the economic and political reforms taken by the Afghan government for the betterment of its people. Bangabandhu said, “Our two people are bound by history, culture and a shared struggle against the forces of imperialism and colonisation and for the progress and prosperity of our peoples. Our friendship has stood the test of time. We have shared our joys and our sorrows. I would take this opportunity to convey to you the abiding gratitude of the people of Bangladesh for the moral and material support extended by the people of Afghanistan during and after the difficult days of our liberation struggle.” He also said, “Thousands of our nationals escaping from Pakistan found sanctuary on the friendly soil of Afghanistan.” Bangabandhu thanked Afghanistan and India for supporting those people in their safe return.

He said, “It seems to us natural that our two countries are committed to the principles and policies of non-alignment reflecting shared experience and shared aspiration for a world in which peace, freedom and independence shall be secured. The Bengali people steadfastly support the rights of oppressed people everywhere for the realisation of their legitimate rights.” He mentioned that Bangladesh had always opposed any kind of exploitation in whatever form or in whatever region of the world. Bangabandhu said, “We reaffirm our support to the UN resolutions for the declaration of the Indian Ocean as a zone of peace.” He said that Bangladesh supported the Arab people for attainment of a just and lasting peace based on the return of all Arab land occupied by Israel and the restoration of sovereign national right of the people of Palestine.

On economic situation, Bangabandhu said, “We fully support the establishment of a just international economic order in accordance with resolutions and decisions of the Algiers Conference.  Fair and adequate price for raw materials exported by the developing countries are essential for the realisation of such an order.” He also added that the terms of trade needed to be redressed in favour of the developing countries so that the gap between rich and poor did not widen further.

Referring to the arms race amongst nations when millions of people fought starvation, poverty and diseases, Bangabandhu said that if the arms race could be halted and the resources could be diverted to economic development and for human welfare, only then lasting peace and progress of humankind could be ensured. He also mentioned, “As we are confident with our forward looking policies of friendship towards all and malice towards none, we have succeeded in establishing friendly and fruitful relations with all our neighbours.” In this context, he briefed Bangladesh’s efforts for the establishment of peace in the sub-continent as well as Pakistan’s response.

Expressing his concern over the development in Baluchistan and North-West Frontier, Bangabandhu said, “We welcome the statesman like initiative of the Afghan government under your leadership for the peaceful solution of the problems of that region and consider that for the welfare of all the people concerned, the government of Pakistan will reciprocate.”

On bilateral relations, Bangabandhu expected that commercial and cultural ties between the two countries would be further strengthened as a result of the visit.

The Afghan President expressed hope that Bangladesh would be able to move on to prosperity by overcoming all kinds of obstacles and difficulties. Praising Bangabandhu’s leadership, he said, “We admire your courage for achieving freedom from alien rules with heavy sacrifice uncommon in the annals of history.”

President Daoud appreciated Bangladesh for its role in the international field for the cause of peace, particularly for preservation of peace in the region. He expressed his great concern at the lifting of embargo on arms supply to Pakistan by America, which had also caused similar concern in some countries in the region.

Explaining his country’s traditional and fraternal relations with the Pushtos and Baluchis, the Afghan President said, “Afghanistan cannot remain indifferent to their plight. Pakistan is yet to respond to my country’s sincere efforts for peace.” He mentioned that Afghan foreign policy was based on peaceful co-existence and non-alignment.

Reiterating his country’s support to the Arab cause, President Daoud said, “My country believes that durable peace in the Middle East can be secured with the restoration of the rights of the Palestinians.” He said that his country supported all amicable efforts for peace in the region. He hoped that the fighting in Vietnam and Cambodia would come to an end and peace would be restored in those countries. He also welcomed East-West detente and wished its success.

Acknowledging two countries’ common and identical views on many issues, the Afghan President expressed hope that Afghanistan's relations with Bangladesh would become closer in future. An agreement on cultural cooperation between the two countries was signed during the visit.

On 16 March, President Daoud left Bangladesh. Bangabandhu saw him off at the airport.