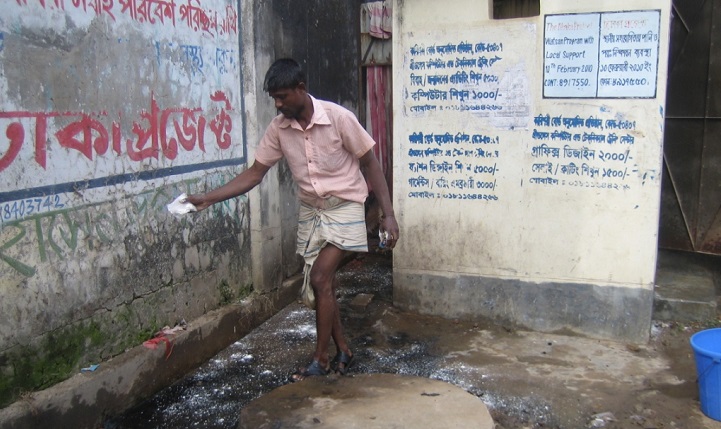 The government has taken an initiative to improve the sanitation facilities on the outskirts of the Dhaka city.

A scheme called ‘Dhaka Sanitation Improvement’ has recently been launched by the government with a hope to complete it by December 2024.

The initiative is expected to benefit 1.5 people of Pagla catchments areas at the south of Dhaka city with improved sanitation and sewage treatment facility apart from enhancing the capacity of Dhaka Wasa.

At present, only 20 per cent of the city dwellers are under improved sewerage discharge facility. Some existing facilities are also in a sorry state because of the lack of maintenance due to resource constraints.

Dhaka city has only one sewage treatment plant in operation which is located at Pagla. But less than half of its capacity is being utilized because of small sewage collection network, blockage and breaking.

Most of the Dhaka city dwellers discharge their sewage into stormwater, drainage line, canals and other water bodies, polluting rivers as well as the environment and ruining the health of the city people.

In view of the situation, the project has been undertaken with the utmost priority in line with a master plan formulated by Dhaka Wasa.

In April 2016, the government requested the World Bank, one of the project financiers, for providing funds to this scheme.

The World Bank responded to the financing proposal positively and a technical assistance scheme (TAS) had been undertaken to help start preparatory work for the main scheme and conduct a feasibility study on it.

The World Bank jointly with newly formed Asian Infrastructure Investment Bank (AIIB) will provide Tk 28.56 billion to the project while nearly Tk 12 billion will be borne from the state coffer.

“Once implemented, the project will directly benefit some 15 lakh people of Dhaka city in terms of health and sanitation. At the same time, it will contribute to improving sewage handling capacity of the workforce of Dhaka Wasa,” Planning Minister MA Mannan said.

Under the scheme, the existing Pagla sewage treatment plant and lines, a new sewage line network of 462km for in Pagla catchments areas will be constructed, in sanitary toilets will be upgraded and sewerage cleaning equipment will be procured, among others.   According to DWASA, operation and maintenance of Pagla sewerage treatment plant will require Tk 1.11 billion per year after its reconstruction.

For this, it proposed for setting aside sought Tk 200 crore as two years’ maintenance cost in the project proposal, but the government refused to provide the money while approving the scheme.

The government argued that there is no scope of spending foreign money for meeting operation and maintenance cost of the plant. However, it assured for allocating money for the purpose after the plant comes into operation, official sources informed.