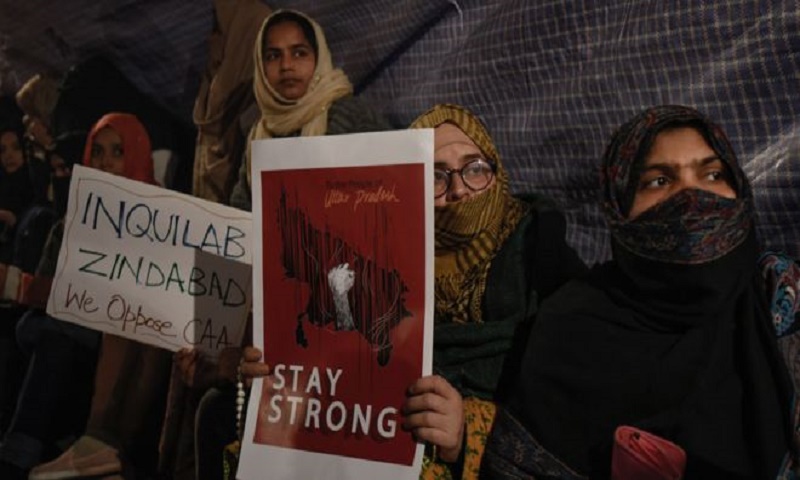 The state government in India's capital Delhi has halted large gatherings as part of a measure to halt the spread of the coronavirus in the city.

The move is expected to affect a long-running protest against a controversial Citizenship Amendment Act (CAA).

Thousands of protesters, mostly Muslim women, have been demonstrating for months against the law in the Shaheen Bagh neighbourhood, reports BBC

Shaheen Bagh has captured the imagination of many Indians and was most recently the target of a vitriolic state election campaign by the country's ruling Bharatiya Janata Party (BJP).

The BJP has accused the protesters of being "traitors" to India because of their opposition to the CAA, which offers amnesty to non-Muslim illegal immigrants from three neighbouring Muslim-majority countries.

Several petitions argue that the law is illegal, they claim that it grants citizenship on the basis of religion, which goes against the country's secular values enshrined in its constitution. Those challenging it include political parties, civil society and Muslim groups.

Delhi's Chief Minister Arvind Kejriwal said all social, political and religious gatherings with more than 50 people would be stopped to prevent community transmission of the virus.

He added that those who did not comply would be punished under the provisions of the 123-year-old Epidemic Diseases Act, which has been invoked to set the restrictions.

Several other cities and states in the country have imposed similar restrictions. India has also suspended most categories of entry visas for a month, barring a select few categories.