Bangabandhu: Constant as the North Star 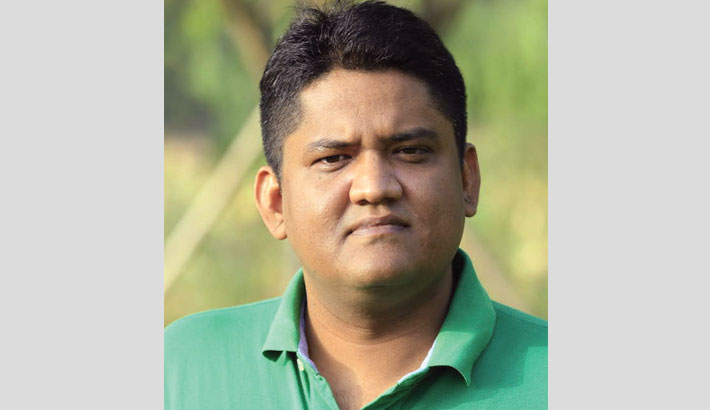 I am as constant as the northern star” is a quote from William Shakespeare’s play, Julius Caesar. It comes from Act III, Scene I, and is spoken by Caesar to his conspirators right before they assassinate him. The conspirators have come to Caesar in the Senate under the pretence of pleading for amnesty for Metellus’s banished brother, Publius Cimber. Caesar replies that he will adhere to his word and not change his earlier decision. Comparing himself to the North Star, Caesar boasts of his constancy, his commitment to the law, and his refusal to waver under any persuasion. This comparison implies more than steadfastness.

The North Star is the star by which sailors have navigated since ancient times, the star that guides them in their voyages, just as Caesar leads the Roman people. So, too, is the North Star unique in its fixedness; as the only star that never changes its position in the sky, it has “no fellow in the firmament.” Thus, Caesar also implies that he is peerless among the Romans. Caesar declares that he alone remains “unassailable” among men, and his strictness in Publius Cimber’s case illustrates this virtue. As it comes to mere moments before the murder, the speech adds much irony to the scene: having just boasted that he is “unassailable,” Caesar is shortly assailed and killed. In announcing his “constancy,” Caesar claims permanency, immortality even. The assassins quickly prove Caesar mortal, however. But as the later events of the play reveal, Caesar’s influence and eternality are undeniable.

Bangabandhu is similar to Julius Caesar’s expression in our community life, our national life, and our state life “… constant as the northern star”. Bangabandhu Sheikh Mujibur Rahman, the Father of the Nation, is the architect of independent Bangladesh. Bangabandhu is not a mere individual. Basically, he is an institution. A movement. A revolution. An upsurge! Bangabandhu is the essence of epic poetry, and he is history, and this history goes back a thousand years. That’s why contemporary history has recognised him as the ‘greatest Bengali of all time’. Cuba’s revolutionary leader Fidel Castro once compared Bangabandhu Sheikh Mujibur Rahman to the Himalayas. The former Cuban president made the remarks in 1973 when he met with Bangabandhu.

Bangabandhu chose his struggling life for and dedicated his life to bringing the freedom of the people. He earned independence for the countrymen, presented a state to them, and gave scope for their self-identity. Bangabandhu had wanted to provide a beautiful life to the people after bringing them freedom. It is our bad luck that he could not leave by building the country. Bangladesh would have been a developed and prosperous nation and stood as an example in the world had Bangabandhu got some time.

Bangabandhu envisioned equal rights for all. He took an economic policy immediately after the independence, envisioning equal rights for all. The new government, under the leadership of Bangabandhu, outlined the fiscal policy, prioritising relief and rehabilitation so the war affected people especially the rural poor get necessary support to start their life anew. Within just a short period of time from the independence Bangabandhu constituted a very strong and farsighted five-member Planning Commission. Considering the future development journey of a war-hit country, Bangabandhu had been able to award the country’s first five-year plan before the nation alongside undertaking various reform initiatives in different sectors to reenergise the economy since the state coffer was almost zero after the War of Liberation. Bangabandhu had reenergised the country’s agriculture sector through undertaking various initiatives. It was only Bangabandhu who had laid the foundation of the country’s huge successes in agriculture. Bangabandhu always worked for poor. Even when he was a little child, he shared his father’s crops with his poor neighbour.

Before election in 1970, Bangabandhu declared that farmers would not require paying tax for owning 25 bigha lands, but none would be allowed to own more than 100 bigha of land. Even the key issue of the six-point movement was to ensure economic rights since Pakistan government effectively detached the people of East Pakistan from all sorts of economic activities. During that tenure of only three and a half years of Bangabandhu had made hefty allocations in the agriculture sector, transformed a jute research laboratory into an institute side by side established and reformed the Bangladesh Institute of Nuclear Agriculture, Bangladesh Agricultural Development Corporation (BADC), Bangladesh Agricultural Research Institute (BARI), Bangladesh Rice Research Institute (BRRI), Cotton Development Board.

In the early dawn of 15th August 1975 the founding father of the People’s Republic of Bangladesh, Bangabandhu Sheikh Mujibur Rahman, and the members of his family were killed by a group of wayward army officials.  Martial law was imposed in the country and an indemnity ordinance was passed on November 8, 1975 by the then parliament immunity from prosecution the self-confessed killers of Bangabandhu by incorporating the notorious said ordinance in the Fifth Amendment to the Constitution of the People’s Republic of Bangladesh which is a manipulation of the Constitution. No subsequent government repealed the said ordinance but played with the Constitution until the indemnity ordinance was repealed in 1996.

The nation’s founding father Bangabandhu Sheikh Mujibur Rahman was killed to destroy Bengali nation, culture, values and all institutions. Through the assassination of Bangabandhu Sheikh Mujibur Rahman not only was he murdered but the country’s progressive development was impaired. Following the assassination of Mahatma Gandhi, Prime Minister Jawaharlal Nehru addressed the nation by radio: ‘the light has gone out of our lives, and there is darkness everywhere, and I do not quite know what to tell you or how to say it’. This statement is also applicable for Bangabandhu. Bangabandhu was a source of courage, and the height of leadership that he reached during the liberation war was unprecedented. His unchallenged leadership, and his charisma and courage, moved 75 million people to fight for a free country.

Sheikh Mujibur Rahman does not belong to Bangladesh alone. He is the harbinger of freedom for all Bengalis. His Bengali nationalism is the new emergence of Bengali civilisation and culture. Mujib is the hero of the Bengalis, in the past and in the times that are. In fact, one can kill a man but one cannot kill a spirit. Bangabandhu instilled in the hearts of millions, the spirit of Bengali nationalism that inspired them to fight against all odds for freedom and emancipation. Bangabandhu might have been killed physically but his soul is immortal. He lives eternally. As long as this country exists, he will exist immortally. Without a doubt, Bangabandhu is the greatest Bangalee of our known history. He gave us a nation, a new country, a new identity. Even today, Bangabandhu Mujib is more powerful as dead than anyone of us alive. Bangabandhu is still alive in the minds and hearts of innumerable admirers and will continue to live there.