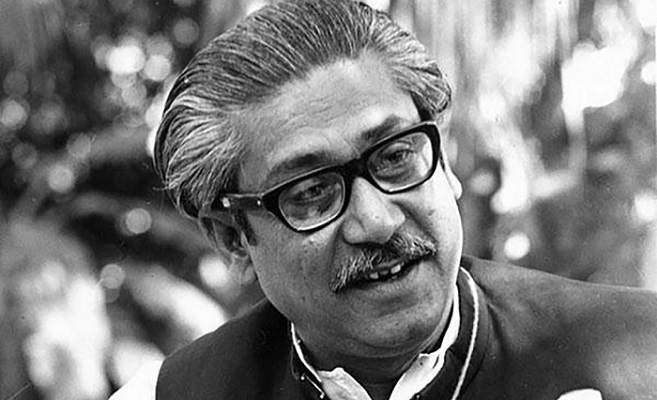 Some interpretations say that Sk. Mujibur Rahman’s pro- independent Bangladesh state politics emerged after 1947 as a result of unhappiness with Pakistan rule.  Prior to that he is considered by them as a Muslim League politician whose loyalty lay with Jinnah and Karachi, the core of Pakistan. Post 1947 experiences changed his mind and he became a Bengali nationalist, rather than a Muslim nationalist and followed his new politics. 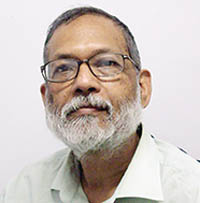 The source of such interpretations which are misleading may lie with the contrasting narrative of 1940s politics seen through Pakistani and Indian eyes both before and after 1947.  Many anti-Pakistani political activists of Bangladesh may have ended up more with the Indian version of history that contests Pakistan. As they were opposing Pakistan, they find this position convenient. They forget that in the stream of history, Bangladesh is the third state and has a history of its own to which Sk. Mujib belonged.

In Bengal, historical forces of oppression resistance were stronger than ideological politics and ultimately in 1971, that prevailed. However, many never interpreted the national and class question in a historical context. This has meant failing to locate the nature of the 1971 movement as an expression of people’s aspiration rather than separation of cultures.

That this had a long history of anti –colonial and Kolkata babu class resistance is ignored as that might be similar to the Pakistani argument against Indian domination. But the Bengal peasantry, particularly of East Bengal resisted all the forces that later led the states of India and Pakistan.

The middle class is often stated as the great achiever of history driven by their values of Modernism and liberalism. In the case of Bengal, this was the Kolkata based babu class who were rooted in colonial collaboration. Much of the middle class intellectual roots of the cultural sources that pervaded between 1947 and 1971 were also linked to this tradition. Much remains till.

Most focus was thus on the role of middle class political parties and their claims of representation  forgetting the strongest game changer of history through rebellion, voting or war was the peasantry. And that the people choose their historical experience over ideology.

Hence the cultural identification of the 1971 movement to the middle class identification makes it largely a language /race based movement.  History, to the peasantry is largely livelihood and survival driven. This gap signifies the gap that exists in identifying the politics and its history including the role of Sk. Mujibur Rahman in leading the new state reality.

A record of resistance

The peasantry were in resistance by 1760, immediately after colonial establishment when the babu class was busy with colonial collaboration. Its this class which put a religious –territorial spin to Bengal and focused more on language and culture of “Bengalis” rather than the life of the peasantry ... They couldn’t do so as a class dependent on colonials for their livelihood which included the zamindari system.

However, the mainstay of this class- landlordism- failed soon after its establishment in 1793 and colonial rulers had to go for sub-tenuring in 1811 to save itself. They created a new sub-class which later became significant players. This reduced zamindai power and as it coincided with almost unbroken peasant revolts, the British were forced to negotiate with peasant reality and resistance.

Apart from other facts, this peasantry–majority Muslims–were not trusting of zamindars and their subsidiary lawyer and money lender class, majority Hindus. This was because the Muslim middle class never existed and took time to emerge as collaborators. Hence the religious community identity which became hostile was based on socio-economic not cultural equations.

As Sheikh Mujib notes in his autobiography, Muslims landlords were as repressive of their Hindu peasants as others. He understood the cause of conflict but the cultural nationalists even after 1947 didn’t.

The partition of Bengal and class conflicts later

By the middle of the 19th century, peasant unrest and rise of multiple competitive communities forced the British to undertake reforms. They began to promote people outside Bengal particularly North India such as Syed Ahmed Khan, a copybook collaborator of colonialism like Ram Mohon Roy of Bengal Renaissance.

However, despite reforms, peasant unrest continued threatening British rule. In 1905 came partition of Bengal which was meant to appease a cluster of disgruntled people including the peasantry. It also shows that conflict within Bengal particularly between the interest holders of the All Indian nationalism which included the pro-landlord elements and the peasants and emerging Muslim middle class had sharpened.

Many see the birth of Muslim league in 1906 as the most historic event of that period but its the right to vote gained by the peasantry in 1909 which had a much bigger impact on history. This changed the emerging political equation as middle class politics couldn’t survive with the consent of the peasantry through votes.

The first election was held in 1937 where Bengal Muslim League and the Krishak Proja Party won the majority as the Muslim peasantry was the majority. It was inevitable as history was decided by the oppressed not the oppressor and those closest to them.

The Lahore Resolution (1940) was the key state making document and it spelt out two states and Bengal was to be one. It was to be a peasant majority dominated state. Politicians of Bengal dependent on the peasantry, planned for an independent state – East Pakistan Renaissance Society and the Independent East Pakistan Manifesto by Bengal ML leader Abul Hashim were good examples of that fact. Clearly the idea of an independent state was already a public one.

This was changed dubiously by Jinnah at the Delhi meeting of ML in 1946 arguing the states was a “typing error. This amendment lasted only till 1971.

Sk. Mujib as the link

By 1947, when the BML approached the B Congress to discuss an independent Bengal state, there was response and it was taken up. Jinnah supported it but naturally Congress opposed it. It became a matter of conflict between the two Centres at Delhi rather than Bengal’s future. Ultimately Bengal Congress caved in to Delhi pressure and the United Bengal Movement project collapsed.

By that time, young cadres of BML were already planning for an independent state. Even in those days they considered the man who could head the new state was Sk. Mujibur Rahman.

Historically, he represented the charge of the peasant led alliance with a middle class which birthed the idea of an independent state free of landlords, babus and such other kind after 1947. It was an already established movement by then and Sheikh Mujib was a critical factor. He became the link between the pre and post 1947 period of independent state seeking.

The addition of language gave the middle class a space in what was essentially a peasant struggle. From historical experience we can see that its the peasantry that played the dominating role including in 1971. It was this force that shaped history in 1971 and its to them that Sk. Mujib primarily made his call on March 7. Its they who sustained the movement despite all suffering and their narrative of liberation belonged to the majority.

Afsan Chowdhury is a writer, historian and researcher