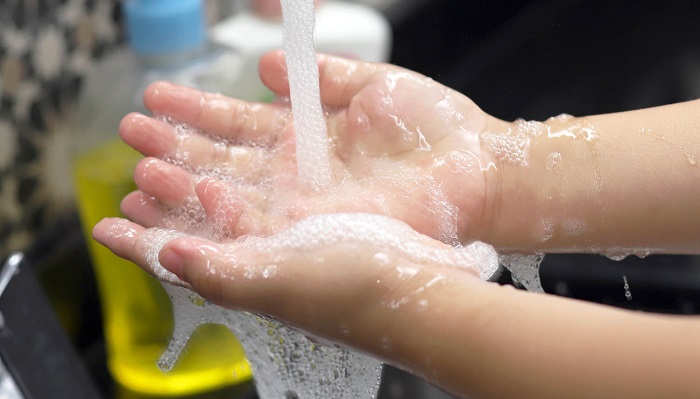 The surge of coronavirus across the world has made even powerful nations worried with US President Donal Trump under fire for ignoring the bug when it first broke out in the home of China with which he has been on a trade war. And, for countries like Bangladesh the thought of what is happening in China, Italy or Spain replicating in this crowded South Asian country is nothing less than a nightmare.

In offices, educational institutions and in social networks the call of the hour has been that our government must act now and that too practically without emotions or allowing any laxity on the part of those who have been entrusted to contain the spread of the virus in Bangladesh.

Already warnings have been sounded that the economy was sure to be hurt including the country’s largest foreign exchange earner --- the garment exports.

Until expatriate Bangladeshis sat tight in their new homes abroad, no coronavirus cases were found, but now five cases have been detected of which three have gone home fully cured. It is a great relief.  We pray no more of our people fall prey to such a vicious disease.

The arrival of a large number of expatriate Bangladeshis over the past two days from Europe, mainly Italy --- the core of the coronavirus in that continent --- has raised concerns in the country for a number of reasons.

The main reason is that some of them might have been infected already and if they were somehow were found healthy in hurried tests at the airport, the bug would spread across the country. Many were demonstrated for being quarantined at the Hajj Camp proving and were allowed to go on their own arrangements for “home quarantine” was also risky due to ignorance or how properly they would be monitored by the local authorities.

It was sad to witness the ugly demonstration on Saturday because the returnees would be punished if they had done that in their adopted homes abroad. Rather, we expected more responsibility on their part and set examples for those of their friends or relatives back home.

Those who were in areas not affected by the virus were now prone to such a danger because airports and aircrafts are closed by air-conditions and not free flowing air. Any such virus that might have slipped from one patient and survived could infect those travelling. It is best to stay where one is inside their homes instead of travelling.

More, we believe were on their way to Bangladesh with some telling this writer that “warm temperature” in Bangladesh was a deterrent to the virus and thus they were rushing for safety.  As they come to Bangladesh for safety, they might be putting the lives of many people – first their own families – at risk. This is a matter of great concern for us and we hope that at least they would act responsibly to ensure the virus does not spread from any of their callousness or by hiding themselves from medical treatment.

The government could have disallowed them, but Prime Minister Sheikh Hasina is the “Mother of Humanity” and thus no such measures were taken.

The Institute of Epidemiology, Disease Control and Research criticized many returnees for not properly following home quarantine guidelines and warned that the government would be “forced to take a hardline” unless these returnees followed quarantine procedures.

We expect equal humanity from them by strictly following the rules of “home quarantine” and reporting to the local authorities for any suspicious symptoms linked to the coronavirus. The local authorities should be properly equipped to treat not only one case, but if need be any number of cases. They should not falter in their duties in the interest of the country.

The government should issue firm warnings of punitive measures against its officials if found guilty of any slackness or misconduct in their duties in monitoring or treating suspects or full blown cases.

Let me repeat again. Be wise. Prevention is better than cure and one must keep in mind that in the case of Bangladesh, one single slip could bring about a disaster. We hope each one of us would do the needful at this time of crisis as there was no room for complacence.