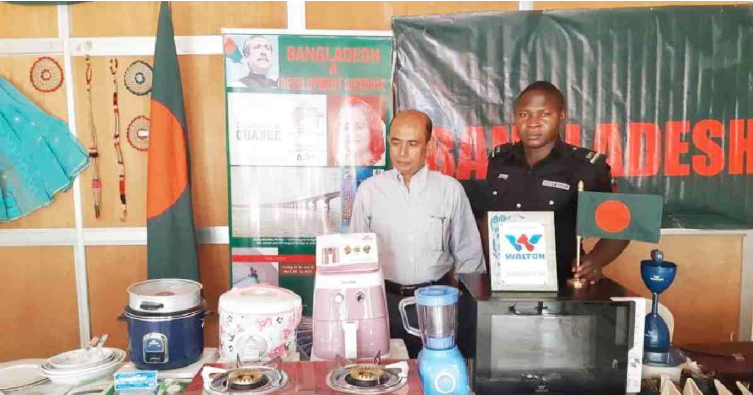 Kaduna Chamber of Commerce, Industry, Mines and Agriculture (KADCCIMA) organized the fair from February 28 to March 8, said the Bangladesh High Commission on Saturday.

Diplomats from different countries, local dignitaries and the business leaders were present at the inaugural ceremony which marked 41st yearly event.

In line with the present Government’s thrust on ‘economic diplomacy’, Bangladesh High Commission put up a large stall, utilizing the exportable of its Commercial Display Room and received Best Foreign Participant Award.

The crest along with the certificate was handed over ceremonially on the concluding day by Dr. M. F. Dankaka, President of Kaduna Chamber.

Nigerian Minister for Industry, Trade and Investments, representative of the Governor of Kaduna State along with Chamber President and other dignitaries visited the stall and admired the quality of Bangladeshi products.

Publications on export and investment and tourism potentials, among others, were also on display.

Roll-up-Banners containing pictorial description of the impressive achievements of Bangladesh at home and abroad were put around the pavilion. 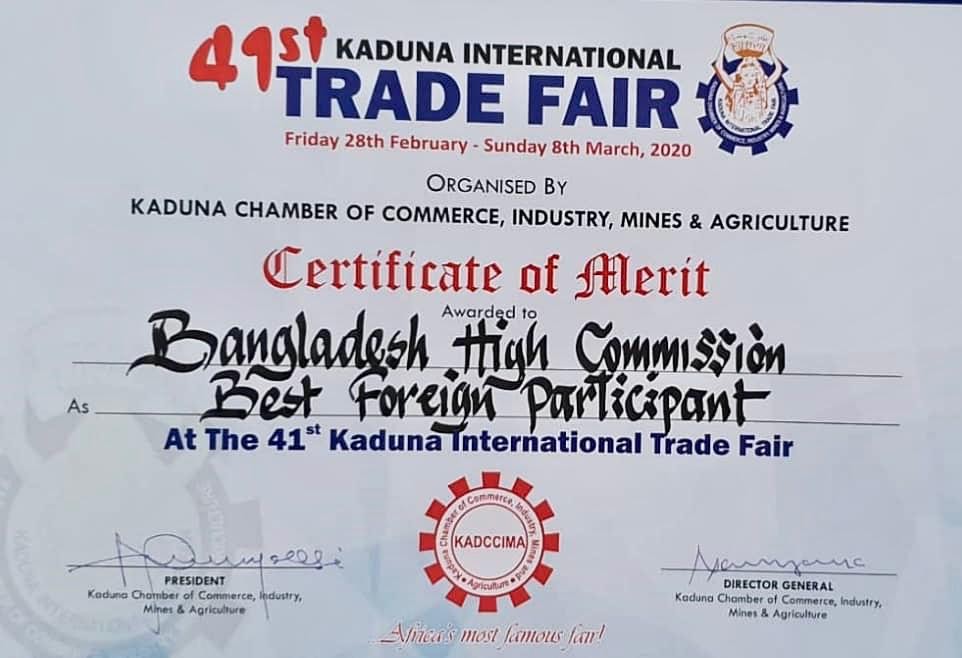 Documentaries on the development journey of Bangladesh were screened simultaneously which was an added attraction.

Nigeria is the largest economy of Africa and 6th largest producer of oil in the world having a population of 200 million people.