Mujib’s Bangladesh – No Looking Back 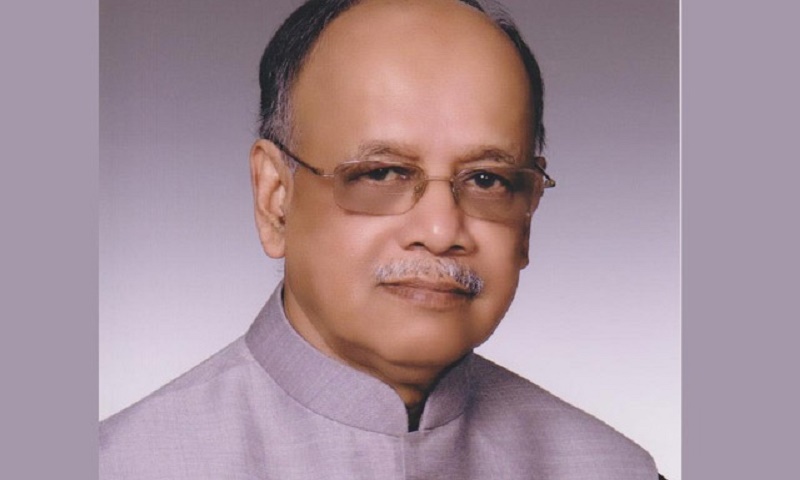 On next Tuesday, 17 March Bangladesh will be celebrating the 100th Birth Anniversary of the Father of the Nation Bangabandhu Sheikh Mujibur Rahman. Salute to the hero of our times. As providence has decided it is during the reign of Prime Minister Sheikh Hasina, one of the two surviving daughters of Mujib when the year-long celebration programmes will be launched on 17th March.  As previously planned on the inaugural day quite a few dignitaries, including the Heads of States and Heads of Governments from other countries were expected to remain present on the inaugural day in some other events. But due to the global outbreak of Coronavirus related complexities the inaugural programmes and few other programmes have been rearranged and redesigned. Now the dignitaries will speak through video conferencing. Their presence will be virtual as of now. So instead of large congregation, nothing will be missed as such.

Sheikh Mujib was killed at the age of 55 when his dream independent Bangladesh was just three and half years old. He entered active politics in the early years of Calcutta (Kolkata) days in 1942 though he was quite active in Gopalganj during his school days in student politics. Mujib was influenced by the political thoughts of Netaji Subhas Chandra Bose, his elder brother Sarat Chandra Bose, Huseyn Shaheed Suhrawardy, Abul Hashim and many others who preached that for economic and social emancipation of the people of India, more specifically of Bengal, the British must leave India and hand over the rule of the sub-continent to the Indians. He was also convinced in the early stage of his political career that Muslims of Bengal were deprived of their basic social and economic rights since the British occupied Bengal in 1757 and subsequently for next two hundred years of exploitation of Bengal they were pauperised more than any other communities.

Mujib’s political career began with Muslim Chhatra League and later Muslim League.  Like most Muslims of Bengal, Mujib also believed in the Muslim League politics which promised socio-economic emancipation of Bengali Muslims once a separate homeland called Pakistan was created. Soon he realised that the Muslim League politicians mostly from Uttar Pradesh and Jinnah himself mislead them. They just wanted to replace the ever exploiting British Raj with the rule of non-Bengalis from the newly created West Pakistan separated from its eastern wing by one thousand miles of Indian territory.

Immediately after the partition Mujib like many others relocated their professional and work life from Calcutta to East Bengal. Some quit politics and got themselves involved in other business. Jinnah, the first Governor General of Pakistan made his maiden trip to Dhaka in March of 1948. Jinnah was neither a practising Muslim, knew anything about Islam nor knew a word of Urdu but by any definition he was shrewd and cunning. In a public meeting held in Ramna Race Course he declared that Urdu, the language spoken by five per cent of Pakistan’s population, mostly migrants from UP and Bihar, shall be the state language of Pakistan. This announcement was deliberately made to ensure the domination of the migrants from India over the rest of the population of Pakistan.

Jinnah’s declaration was protested by the students of Dacca University but Jinnah seemed defiant. Mujib was one of those who protested Jinnah’s unscrupulous announcement. But Mujib knew just sporadic protest will not be much of use and to turn protests into organised movement there has to be an organisation. In the same year East Pakistan Muslim Chhatra League (Later East Pakistan Chhatra League) was formed by Mujib and few of his fellow students. Chhatra League was virtually the first opposition party formed after the creation of Pakistan to protest the anti-people decisions of the Pakistan government. The following year the East Pakistan Awami League Muslim League (later East Pakistan Awami League) was formed and young Sheikh Mujib played a strong role in its formation and was made the first Joint Secretary of the newly formed party.

From 1948 to 1970 the political life of Sheikh Mujib saw many ups and downs along with Awami League. The party was banned on a number of occasions by the Pakistani rulers and Mujib spent thirteen of twenty three years of united Pakistan in prison. He faced death sentence twice, once in 1969 when he was being tried for treason, commonly known as Agartala Conspiracy Case and second time during the war of liberation in 1971 charged for waging war against Pakistan. Both charges carried only one penalty - death by hanging.

But Mujib was a defiant, courageous and larger than a life size hero. How can he be defeated?  In 1969 he was release unconditionally from the prison at the height of the mass movement spearheaded by the students of East Bengal and 1971 when the Pakistani rulers saw the game is up, Pakistan’s last nail in its coffin has been stuck after the signing of Instrument of Surrender on 16 December  in the same Ramna Race course where Mujib on the fading afternoon of 7 March 1971 announced in front of half a  million people that the ‘struggle this time will be fight for emancipation, the struggle  this time will be for independence’.

The announcement came at the backdrop of Pakistan’s military junta’s refusal to hand over the power to Awami League which won majority seats in the Constituent Assembly of Pakistan. The battle for Bangladesh began on the night of 25/26 March 1971. It was one of the bloodiest wars the world has ever seen. Three millions lives were lost in just nine months to make Bangladesh an independent country.

Bangladesh got rid of the occupation Pakistani forces on 16 December 1971. Mujib by this time Bangabandhu and the Father of the Nation returned to Dhaka on 10 January 1972 from Pakistani prison. On 12 January he formed his new cabinet and assumed the portfolio of the Prime Minister.

He inherited a completely devastated country along with its shattered economy. Ten million refugees who were given refugee by India during the nine month long war were returning home which were ravaged to the ground by the marauding Pakistani army and their local allies. There were no food in the godowns, the vaults in the banks were empty, and the two major ports of the country, Chattogram and Mongla were made non-functional by the retreating Pakistani army by laying thousands of floating mines.

The Father could not let his children go hungry. He asked all friendly countries to come forward as they did in 1971 to help him come out of the morass and make his people walk tall again. He wanted to make Bangladesh the dream country for which he sacrificed his entire life, sacrificed so much for its emancipation and to uplift the socio-economic life of the people. How can he see his dreams fade into oblivion though he was aware that the enemies of Bangladesh who were active in 1971 have become hyper active to undo the new nation? The friends of 1971 notably India, Soviet Union, East European countries, Japan, UK, France, Australia and the people of US responded with whatever help  they could.

This was a time when the world was witnessing a sluggish economy because of Arab-Israel war. However by the third year of independence of Bangladesh its people were walking. Most of the destroyed infrastructures were restored. Factories started their production, mostly jute. The GDP growth rate stood around 7 per cent. The economy was back on its feet. The enemies of 1971 realised that their time was running out and they finally struck on the early morning of 15 August 1975 killing Bangabandhu and his entire family excepting his two surviving daughters who were travelling at that time.

The assassins thought that was the end of Bangladesh. However the Bangladesh that Bangabandhu dreamt throughout his life went into hibernation for next twenty years under the military rule of Zia, Ershad and Zia’s widow Begum Khaleda Zia.  But history had other plans.

In 1996 Bangabandhu’s party which Zia banished after the killing of Mujib made a comeback by winning the election of 1996 under the leadership of his daughter Sheikh Hasina. During her five year tenure (1996-2001) the banished Bangladesh was retrieved, the trial of killer of the Father of the Nation began and economic and social reconstruction for which Mujib fought his entire life were prioritised. However the break in the middle when Begum Zia came back to power in 2001 again stalled the progress in all fronts. Sheikh Hasina was voted back to power in 2008 and currently she is heading the government for three successive terms.

During the last ten years Bangladesh’s performance in practically in all fronts have been admired by global leaders and international agencies including UN, World Bank, IMF, ADB, and WEF.  From a food deficit country Bangladesh is currently a food surplus country and is the fourth largest rice growing country in the world. Once the country which had to rely on foreign aids and reliefs to make its economy function and currently can give out relief and aid, though in limited amount, to countries in need. ‘Relief’ is an unknown word to the current generation. Ninety per cent of its annual budget is now financed from its internal sources and is destined to become the 24th largest economy in the world by 2030 by many international agencies. Currently it is ranked as the 37th by the ADB and is one of the five fastest growing economy in the world with an annual growth rate of 8.2 per cent.

At birth bullock carts, country boats and few rundown trains and automobiles were the main means of transportation for the people. Now people not only have the option of availing the service of modern modes of transportation, our women are flying world’s largest passenger aircraft to global destinations and the country has put its first satellite on orbit. This is the Bangladesh its founder Bangabandhu dreamt of but did not live to see it. His daughter steered his dream Bangladesh out of many turbulent weather, often risking her life. Once in private I asked Bangabandhu’s daughter Sheikh Hasina how she manages to take so much of stress. She silently looked at the portrait hanging over her head and said whenever I fell frustrated or overstressed I look at the picture and can hear him speak and say ‘Don’t worry I am watching you and will always be with you.’ The happy moment suddenly turned very emotional. I bade her good bye and wished her luck in silence. On the 100th birth day of Bangabandhu he will not be there in person but will surely watch everything from heaven. Let the memory of the hero of our time, Bangabandhu Sheikh Mujibur Rahman live forever. Joy Bangla.

The write is an analyst and a commentator.