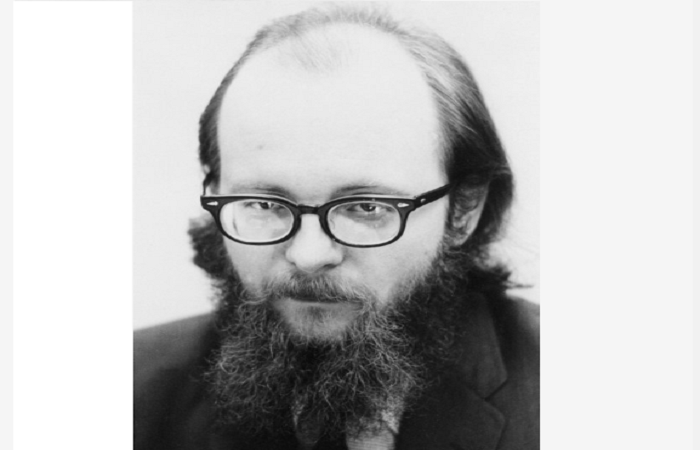 Charles Wuorinen, winner of the 1970 Pulitzer Prize in Music and composer of the operas “Brokeback Mountain” and “Haroun and the Sea of Stories,” died from injuries sustained in a fall last September. He was 81.

Known for much of his career as an admirer of the 12-tone system of composition, Wuorinen was opinionated.

“We have a world in which the instant response of the untutored becomes the sole criterion for judgment,″ he told The New York Times in 1988, ahead of his 50th birthday. “A great work like a Beethoven symphony becomes like a blob of toothpaste. There is the bored orchestra. There are the indifferent audiences. They wait it through. They applaud. They leave.”

Just two years ago, he decried the awarding of that year’s Pulitzer Prize in Music to hip-hop artist Kendrick Lamar, telling the Times that signaled “the final disappearance of any societal interest in high culture.”

Born in New York on June 9, 1938, Wuorinen’s father, John, was chairman of Columbia University’s history department. Wuorinen received a bachelor’s degree from Columbia in 1961 and a master’s in music two years later.

He won the New York Philharmonic’s Young Composers’ Award when he was 16 and premiered a choral work “O Filii et Filiae (Sons and Daughters)” at Town Hall in 1954.

Wuorinen was 32 when he won the Pulitzer for “Time’s Encomium,” a four-channel work for synthesized sound that became the first electronic composition to earn the honor.

His work was cerebral. “Haroun,” based on a children’s novel by Salman Rushdie and with a libretto by James Fenton, premiered at the New York City Opera in 2004. It opened with references to Boccaccio, Proust, Tolstoy and the Dead Sea Scrolls. Actions that befuddle were called “P2C2E” — “a Process Too Complicated to Explain.” The chorus sang out: “This is minimalism,” prompting the audience to a laugh.

“Brokeback,” based on a short story by Annie Proulx about two cowboys in love, was first adapted into a movie and then an opera. It was commissioned by New York City Opera but moved to Madrid’s Teatro Real and premiered in 2014 after City Opera filed for bankruptcy.

“It is very beautiful, as the film shows,” Wuorinen told The Associated Press, “but it is definitely not sentimental. It is not a romantic landscape. It’s a deadly one — it’s dangerous.”

Longtime Metropolitan Opera music director James Levine was among Wuorinen’s advocates and conducted the 2008 premiere of “Time Regained,” a fantasy for piano and orchestra. Levine commissioned five works by Wuorinen, including his Fourth Piano Concerto for the Boston Symphony Orchestra and pianist Peter Serkin for its premiere in 2003.

He is survived by his husband of 32 years, Howard Stokar.