Women bear the brunt of climate change in Angola 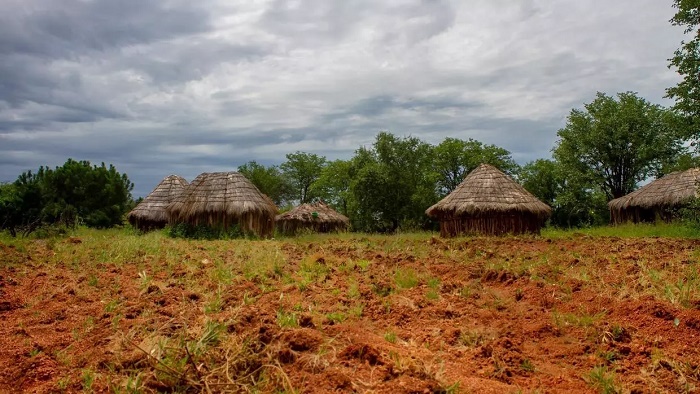 Tehandjila Quessale’s heart sank every time her mother sent her to fetch water for their crops, up in the mountains of Angola’s southern Huila region.

The 16-year-old had to leave school early and walk three hours to join a long queue of people at the nearest water point.

Since she rarely managed to fill her bucket before dark, she was vulnerable to attacks and was scared.

She knew of two girls that had been raped walking back to their village late at night, she said.

“I felt afraid because there were boys that used to attack or grab people,” Quessale told AFP.

Huila province has been hit by drought after lack of rain for several years running dried up most water sources and devastated crops across the southern Africa region, where some 45 million people face growing hunger, the United Nations warns.

The dry spell was followed by violent and erratic downpours that saturated the soil.

Quessale can now find water at a nearby spring, a short walk from the one- bedroom stone house she shares with her mother and six younger siblings in a hamlet.

But that has provided little relief after the family’s crops failed and food has remained difficult to come by.

In addition, most men from the area have migrated to towns and cities in search of work, so it is left to the women to try to fill their children’s rumbling stomachs.

Aid workers have said that some young girls are resorting to sex in a desperate quest for money and food.

“Climate change has a huge impact on the lives of women, especially women and girls of reproductive health age,” said Florbela Fernandes, Angola representative for the UN Population Fund (UNFPA).

“It also increases their exposure to violence and abuse,” she added.

Women make up 80 percent of the people displaced by climate change, according to the UN.

Quessale’s 47-year-old mother Mousaka Fernanda has stayed put but has had to shoulder the responsibility of feeding her family on her own as best she could.

Last year, her husband found a job as a security guard in Lubango city, around 20 kilometres (12 miles) away, but barely sends any money.

“When he comes home he finds hunger… and I do my own thing,” said Fernanda, feet sinking into the mud as she pulled weeds from her maize field.

The little she had to show of her plants were knee-high and wilted.

Yellowed leaf tips suggested roots were rotting below the surface.

“The children are not crying for their father,” Fernanda added, as she pulled up a maize shoot to reveal a dying jumble of radicles.

“They are crying for their mother to find something to eat.”

Since the drought hit, Fernanda has relied on her home-brewed liquor to buy food.

The matriarch’s grandfather taught her to brew sorghum into macau, a popular spirit she makes and sells on weekends.

From two cups of macau, Fernanda can buy just over one kilogramme (2.2 pounds) of staple maize.

With barely enough for her and her children, she also has to provide for her own mother who is too weak to fend for herself.

When Fernanda’s eldest daughter Domingas Quessale fell pregnant, the pressure proved too much.

Concerned she would not be able to provide for yet another child, Fernanda asked her daughter to move in with her boyfriend — making them married by status and causing Quessale to drop out of school.

“My mother told me to get married because she did not want another mouth to feed,” the 19-year-old said.

“I did not want to,” she added, bouncing the baby on her lap.

Like her father, Quessale’s boyfriend has moved to the nearby town of Humpata, where he works in a juice factory.

During the drought she would join forces with friends to fetch water in a group.

They were still occasionally harassed and “grabbed” by men on the way, she said.

“The responsibility of caring for younger siblings often falls to girls and their education suffers.”

On the other side of the valley, Cristina Canaino, 14, was forced to interrupt her schooling after her father turned on his heel in 2018, leaving his wife and five children to fend for themselves.

“He decided to go to town and look for work because of the drought,” said Canaino’s 32-year-old mother Ceu Jacinta.

“Since he left, he never came back.”

Without her husband around and unable to pay for school, Jacinta needed her daughter to help.

She ditched class to work the fields of wealthier neighbours in exchange for a few kwanzas.

Speaking in local Nhanheca, Jacinta said that she, too, was seeking paid work to resume her children’s education.

But everyday struggles keep getting in the way.

After Jacinta’s crops were damaged by the rains, their thatched wooden hut collapsed due to dampness and lack of maintenance.

“If my husband had been around,” said Jacinta. “I don’t believe my house would have fallen this way.”