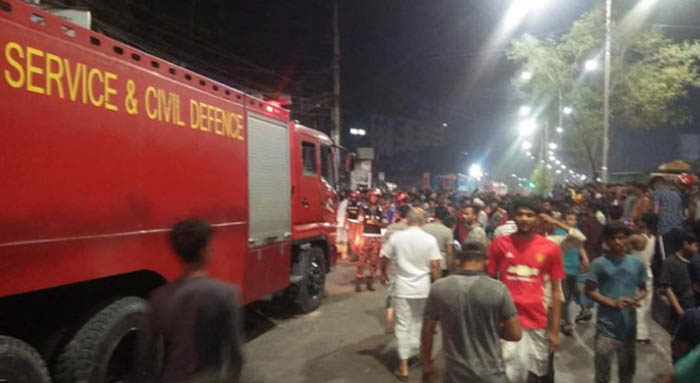 A devastating fire that broke out at a petrol pump in Mohakhali area in the capital was doused.

Earlier, our correspondent reported that a fire was ignited at a petrol pump in Mohakhali area in the city at around 1:30 am.

Firefighters managed to douse the fire after a hectic effort of over half an hour.

However, the reason behind the fire could not be confirmed immediately nor damages could be estimated.