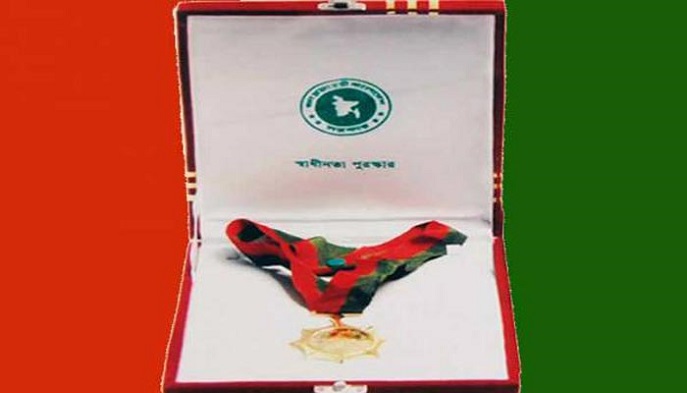 Veteran freedom fighter SM Raij Uddin Ahmed, who has been selected for Swadhinata Padak-2020 in literature category, has been excluded from the list of the recipients of the award.

Earlier on February 20, the government finalised the names of 9 eminent personalities and one institution for Swadhinata Padak-2020 for their outstanding contributions to various fields at the national level.

Prime Minister Sheikh Hasina will hand over the Swadhinata Padak to the winners and their representatives at a ceremony at the capital's Osmani Memorial Auditorium on March 25, the press release reads.

Since 1977, Bangladesh honours individuals and institutions with the award every year ahead of the Independence Day.