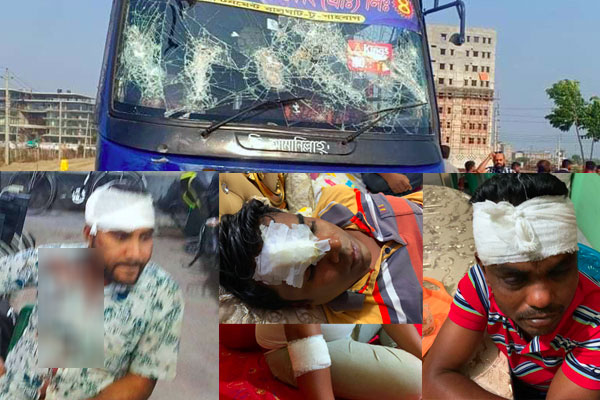 At least forty villagers were injured in an attack by the miscreants of United Group in Baraid area of Badda in the capital on Wednesday night.

The criminals also vandalised three buses in the area.

Locals said the attackers swooped on the buses on which they were returning home in front of Shep Table in Shahjadpur area. They beat up the innocent locals indiscriminately.

The injured were admitted to various hospitals in the city including Dhaka Medical College Hospital (DMCH).

“There was a long-standing dispute between the local people and United Group as the latter grabbed their lands by filling earth. They might have attacked the locals to arouse the fear in the locality” he said.