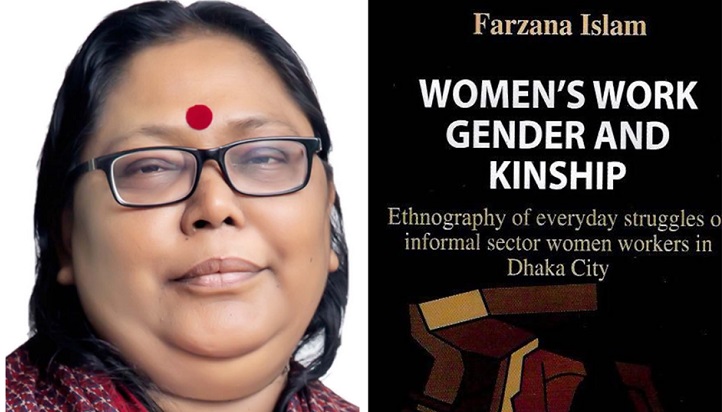 Addressing the programme, Professor Nazrul Islam said, ‘The book is an extraordinary study of the life of slum women. It will help to know about the lifestyle of low income people in Dhaka city mainly in slum area. The writer has authored this by including practical experience. How a woman manages her husband, children and family etc. are discussed in this book properly. This book will be especially helpful to know slum people in detail.

Professor Nazrul Islam expressed optimism for the Bangla edition of the book so that people of all levels can study the book.

The writer of the book Professor Farzana Islam, an anthropologist, was born in Shariatpur in 1957. She did her post graduation in sociology from Dhaka University in 1980 and joined Chittagong University as a lecturer of the Sociology Department in 1982. In 1986, she joined the JU Anthropology Department and subsequently became its chairperson. She also did her PhD from Sussex University of the UK in 2001. In 2014, she was appointed as the vice chancellor of Jahangirnagar University (JU).