No record in biometric database 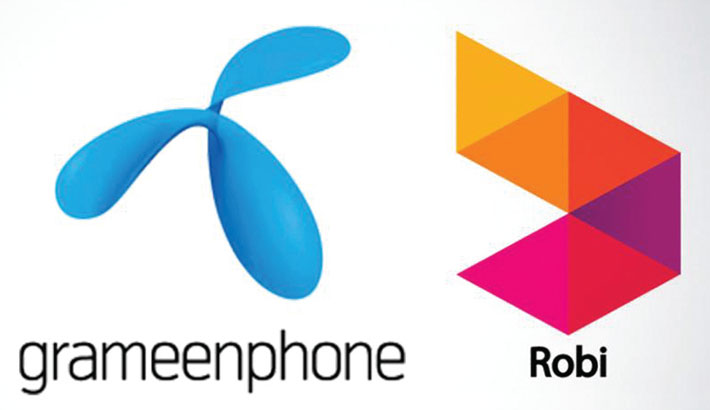 Some 89,240 subscriber identity module (SIM) cards of Robi and Grameenphone (GP) have been detected without any biometric registration.

The anomaly has prompted Bangladesh Telecommunication Regulatory Commission (BTRC) to serve notices to the two top mobile operators on February 4, asking them to clarify the matter in 10 days.

According to the minutes of a recent meeting at BTRC, the issue came into the surface after Robi and GP sought the regulator’s approval to re-sell more than 4 million inactive but previously used SIMs.

Robi has sought permission to re-sell around 3.3 million SIMs that remained unused by customers till September 2019.

However, BTRC’s Central Biometric Verification Monitoring Platform (CBVMP) found that 88,124 out of these 3.3 million SIMs had been used without any biometric registration.

In the same way, the GP also sought to re-sell 1.31 million used SIMs that were deactivated after the subscribers did not use those for a certain period of time.

The BTRC has found that 1,116 of the 1.31 million SIMs have no biometric registration.

Contacted for comments over the issue, Robi said the SIMs had been first registered even before the biometric registration was introduced.

“There are valid reasons why some of the numbers out of the base we applied for recycling are not present in the national register (CBVMP). Some of these numbers were deregistered even before the inception of CBVMP following the prevailing de-registration process” Robi said.

“We have submitted our detailed explanation to BTRC. We are hopeful that BTRC is satisfied with our explanation and considering the matter positively,” the telecom operator said.

“After the introduction of CBVMP back in 2017, for the first time, we are going through the first phase of the reconciliation process. We hope that after this reconciliation all the gaps will be duly addressed,” Robi added.

Grameenphone, however, declined to comment on the issue. Meeting sources said the telecom regulator did not take any decision on Robi’s clarification on the unregistered SIMs.  Asked whether GP has sent its clarification, BTRC Chairman Md. Jahurul Haque told the Daily Sun that he can not recall the matter right at the moment.

According to the Telecommunication Act, 2001, a clearance from the Central Biometric Verification Monitoring Platform is a must to activate or de-activate SIMs.

BTRC can take legal action against the operator for any violation of the rules.

In November 2015, the telecom regulator had issued a directive to mobile phone operators to complete the biometric verification for all SIMs.