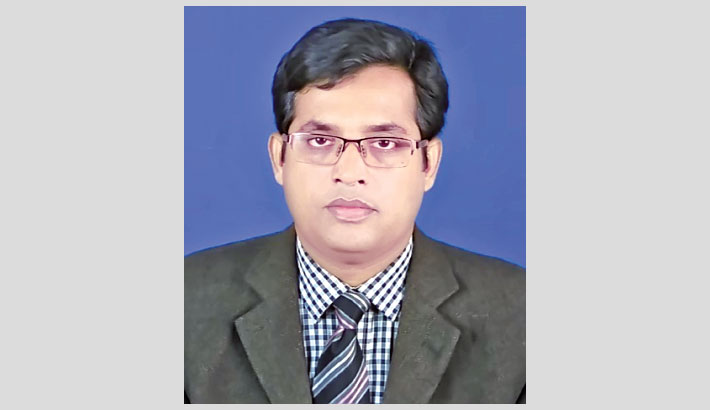 Bangladesh and India are two neighbouring countries of South Asia having a very good relationship from the historical perspectives. As neighbours to each other, both the countries have commonalities in culture, traditions and many other aspects. If we look at history, it would be clear that the then Indian government stood firmly by the side of Bangladesh during the war of our liberation that helped the process of our attainment of the independence under the captivating leadership of Bangabandhu Sheikh Mujibur Rahman. Therefore, ties between Bangladesh and India have reinforced over time. The prominence of the presence of a good relationship between the two neighbouring countries is enormous for the stability of this region.

During that time, I stated in some writings that Indian foreign policy is not the policy of any political party. Rather, it is the foreign policy of the Indian government. Therefore, it does not matter whoever would remain in power in the government, they would follow the principles of the government’s foreign policy. I found my observation true with the visit of Honorable Prime Minister of India in Bangladesh within a few months of taking over the state responsibility. While visiting Bangladesh he fervently expressed his desire to take the bilateral relationship between two the countries to a new height. This has proved that the political identity of the government does not affect the reinforcement of the relationship between the two countries.

Recently, several issues about Bangladesh-India relations are being discussed at different levels in Bangladesh that entail the attention of both governments. The first is the cross-border killings. For the last few months, the issue has deteriorated to a great extent. Different media sources have reported the killing of many Bangladeshis by BSF in different border areas. India also claims that its citizens are being killed by the BGB in the border areas. I strongly believe that no government would inculcate their border security forces to kill the citizens of another country. These incidents are taking place because of behavioural issues of the security forces where they are patrolling. Therefore, we should condemn none of the countries for intentionally killing the citizens of another country. Frankly speaking, the border security forces of both countries have to some extent failed to discharge their responsibilities properly in preventing the citizens to enter the territory of their country. The citizens of each of the country should also remain careful while they work in the border areas. They should not enter the territory of another country even mistakenly as such illegal entries is the violation of international law and the law of both the countries.

Despite the efforts of the security forces, if there are incidents of border crossing by the citizens of another country, the security forces should deal these issues with sincerity by detaining them and bringing them before the legal trial instead of killing them. These incidents are taking places everywhere through the world. We all know that there are different mechanisms to deal with border killings. One mechanism could be the holding of flag meetings between the higher officials of security forces stationed at the border areas once such incident takes place. The second one could be holding meetings between the top officials of the security forces that could take place in either of the countries. The third mechanism could be a meeting between the home ministers of the two countries. If both the counterparts cannot resolve the issue, then it can be included in the agendas of meeting between the two Prime Ministers.

Since the two countries are maintaining a very warm diplomatic relationship historically, they can resolve this issue at the ministerial levels. Hence, responsible authorities should pay attention to this issue and agree to solve the problem of border killings. Since the two countries are the largest neighbours on land and the sea, they should come forward to resolve the issue without any delay.

The Citizenship Amendment Act (CAA) in India has created much debate in Bangladesh, though different Indian government officials including the Foreign Secretary have repeatedly stated that this is an internal matter of India. Being the closest neighbour, each country will have some concern on any issue that may create a debate in either of the country. But, for the sake of keeping a good relationship, we should not interfere with any other’s business. However, the Bangladesh government could hold discussion with their counterpart if they feel that any issue in India may affect the stability of their country.

Indian Prime Minister’s coming visit has been in discussion among different groups in Bangladesh. Because of recently held political unrest in Delhi, a section of people in Bangladesh has raised their voice against the Government of Bangladesh’s invitation to Indian Prime Minister in the centenary of Bangabandhu’s birth anniversary. I strongly believe that CAA and its consequential effect are internal issues of India. Still, I do not support any type of violence that is taking place centring CAA in India. At the same time, we should not get confused in comprehending the diplomatic ethics while thinking about the likely visit of the Indian Prime Minister.

The government has decided to postpone open programmes on the centenary celebration due to confirmation of coronavirus in three patents. The likely visit of the Indian Prime Minister may get delayed due to this decision of the government. Whenever he visits Bangladesh, the upcoming meeting would be a perfect platform where two leaders could find ways of solving the problems discussed above along with other issues those are on the meeting agendas. The former Indian External Affairs Minister the late Sushma Swaraj in her last visit in Dhaka two years back mentioned that India believes in ‘Bangladesh first” policy above their “neighbourhood first” policy. Thus, we expect that both countries would work together to reinforce their relationship.

We all know that several issues come up in any relationship, even within a family. While commenting on any dispute between two nations we should first comprehend whether both parties have the sincerity to solve the dispute or not. From this perspective, we can say that both the India and Bangladesh governments have shown their sincerity to resolve different disputes in the past. We have seen the resolution of the long-lasting disputed enclaves between these two countries. We have also seen the consensus between these countries on Ganga water-sharing treaty at Farakka Barrage. Therefore, we expect that all issues that have been on the table, including cross-border-killing, sharing of water of different rivers and other issues would get solved through the coming visit of the Indian Prime Minister. The relationship between these two countries is not only strategic but also transactional as we have handled many things including trade, commerce, transit, and culture among ourselves. Therefore, the centenary of Bangabandhu’s birth anniversary could be used as an avenue to resolve any dispute and reinforce the relationship further.

The author is a Professor of Public Administration and an Additional Director of the Institutional Quality Assurance Cell (IQAC) at the University of Rajshahi.