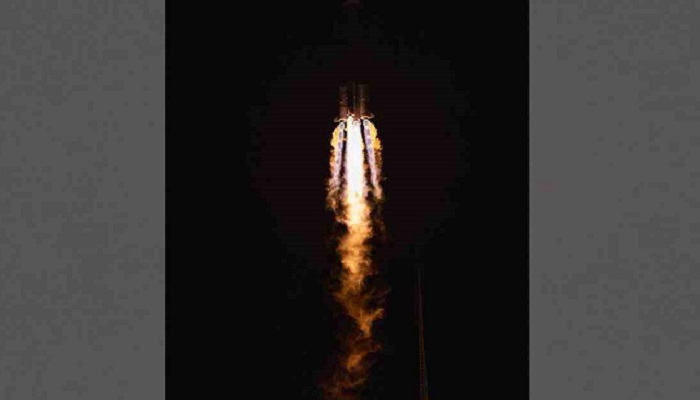 China launched a new satellite of the BeiDou Navigation Satellite System (BDS) from the Xichang Satellite Launch Center in southwest China's Sichuan Province at 7:55 pm Monday (Beijing Time), only one step away from completing the whole global system.

The satellite, the 54th of the BeiDou family, was sent into a geostationary orbit as planned by a Long March-3B carrier rocket.

China began to construct its navigation system, named after the Chinese term for the Big Dipper constellation, in the 1990s and started serving the Asia-Pacific Region in 2012. At present, all the first generation BDS-1 satellites have ended operations, and a total of 54 BDS-2 and BDS-3 satellites have been sent into space.

Compared with other navigation systems in the world, the design of the BDS constellation is unique, including medium earth orbit, inclined geosynchronous earth orbit and geostationary earth orbit satellites.

The newly launched satellite is the second geostationary earth orbit satellite of the BDS-3 system, and the last one is expected to be launched in May.

Space engineers have overcome difficulties during the novel coronavirus epidemic to ensure the success of the mission.

Monday's launch was the 327th mission of the Long March rocket series.

The new satellite has the most functions and signals, the largest size and the longest designed life span among all the BDS-3 satellites, said Chen Zhonggui, chief designer of BDS-3 satellites from CAST.

The satellite is based on the Dongfanghong-3B platform, currently one of the largest satellite platforms being used in China, and can carry more fuels to ensure its long life, said Chen.

The satellite has integrated the functions of navigation and communication. The accuracy of dynamic positioning can reach the decimeter level, according to Liu Tianxiong, deputy chief designer of BDS-3 satellites.

It can provide services for the driverless vehicles, accurate berthing of ships, as well as takeoff and landing of airplanes. It will be widely used in the fields of communication, electric power, finance, mapping, transportation, fishery, agriculture and forestry.

The ability of short message communication has been improved 10 times on this satellite. Users can send a message of over 1,000 Chinese characters at one time as well as pictures via the satellite, quite useful in emergencies.

The satellite's ability to receive signals has also been greatly improved, which could help miniaturize users' terminals, said Pan Yuqian, one of the satellite's designers.

China aims to complete the construction of the BDS constellation in May and provide high-precision, reliable positioning, navigation and timing services anywhere in the world.