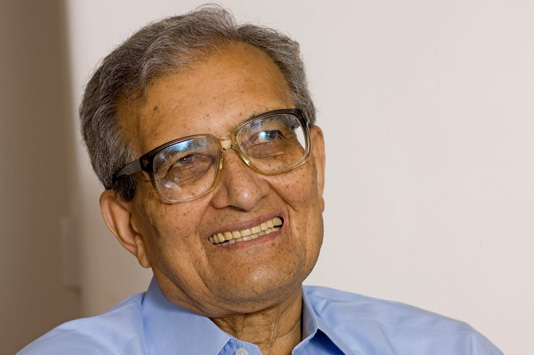 Nobel laureate Indian Economist Amartya Sen on Tuesday called for responsible behaviour of all government and non-government officials for economic development as well as efficient functioning of modern economy.

“Most of the developments depend on how much endeavours we can give apart from the duties that we do for accountability,” said the Nobel laureate.

He was addressing the inaugural ceremony of ‘Bangla Bhasay Amartya Sen Pathchokra’, organised by Banglar Pathsala Foundation at the auditorium of Nawab Ali Chaudhury Senate Bhaban on Dhaka University (DU) campus in the capital.

The Nobel laureate joined the program through video call from India as he could not attend the function due to unavoidable circumstances.

Amartya Sen said Rabindranath Tagore and Kazi Nazrul Islam had contributed a lot to the field of literature that enriched the Bangali language and they did it from their own responsibility to the country not for accountability.

Appreciating Bangladesh’s development in communication sector, Professor Sen said, “When I was in Bangladesh I had to spend huge time to go my village home but now it takes only two hours because of the radical development in this sector”.

“All government projects and initiatives of NGOs are being succeeded in Bangladesh despite many challenges… how could it be possible and what things were behind the successes?” he said.

He, however, assumed that it was possible due to women empowerment and their contribution to all sectors of the country.

Teachers and students from different universities took part in the function.