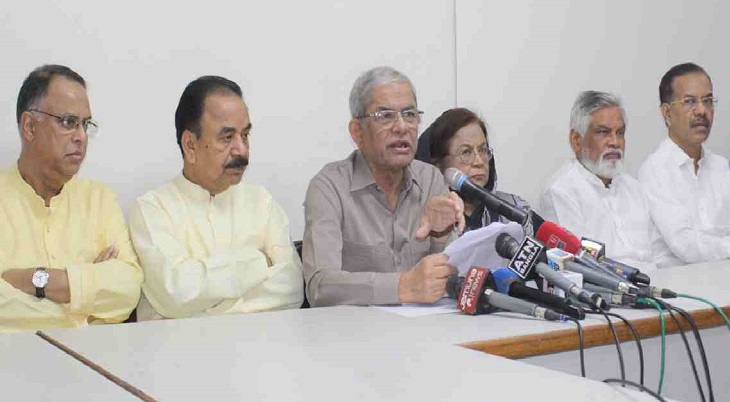 Confirming the decision, BNP Secretary General Mirza Fakhrul Islam Alamgir urged the party’s leaders and activists to stand by the people of the country, reports UNB.

Earlier on Saturday, the party announced to stage countrywide demonstrations demanding release of Khaleda who has been in jail since Feb 8, 2018 after being convicted in a corruption case. She was jailed in a separate corruption case later that year.

Fakhrul also urged the government to shut down schools and colleges for two weeks to avoid further spreading of coronavirus in the country.

Two Bangladeshis, who recently returned from Italy, were tested positive for COVID-19. A third person was infected after coming in contact with one of the returnees.

On Monday, two other Italy-returnees were sent to Kuwait Bangladesh Friendship Government Hospital with the ‘symptoms of coronavirus’ after their arrival at Hazrat Shahajalal International Airport, said Shahriar Sazzad, health officer-in-charge of Health Centre at the airport.

The death toll from coronavirus climbed to 3,830 globally till Monday. It has infected 110,071 people while 62,280 patients made recovery.