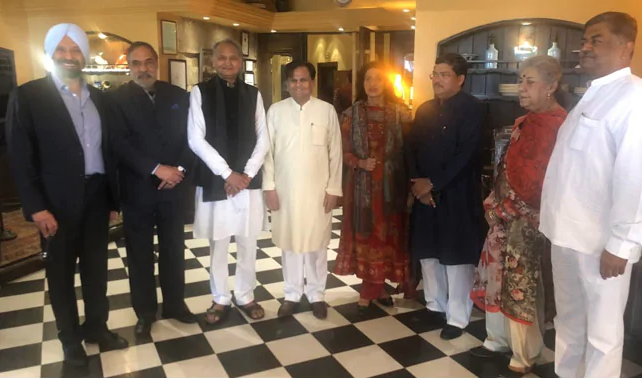 Congress general secretary and former Union Minister of India  Mukul Wasnik married his old friend Raveena Khurana at a private function in a five-star hotel where several senior Congress leaders were in attendance.

Mukul Wasnik, whose name emerged last year among the probables for the post of Congress president after Rahul Gandhi's resignation, is the son of Maharashtra Politician Balkrishna.

Ashok Gehlot tweeted: "Wishing Mukul Wasnik Ji and Raveena Khurana Ji heartiest congratulations on embarking on this new journey together as a couple. May the coming years prove to be the happiest time of your life. Stay blessed."

Former Union Minister Manish Tewari also tweeted: "It was such a pleasure for Naaznin & IA to greet the newly weds @MukulWasnik and Ravina Khurana. I met Sh. Mukul Wasnik way back in 1984 & Ravina in 1985 when all of us went for the World Festival of Youth & Students to Moscow. So happy for the two of them. May God Bless them.