Seafood salesman smuggled £53m worth of live eels out of UK 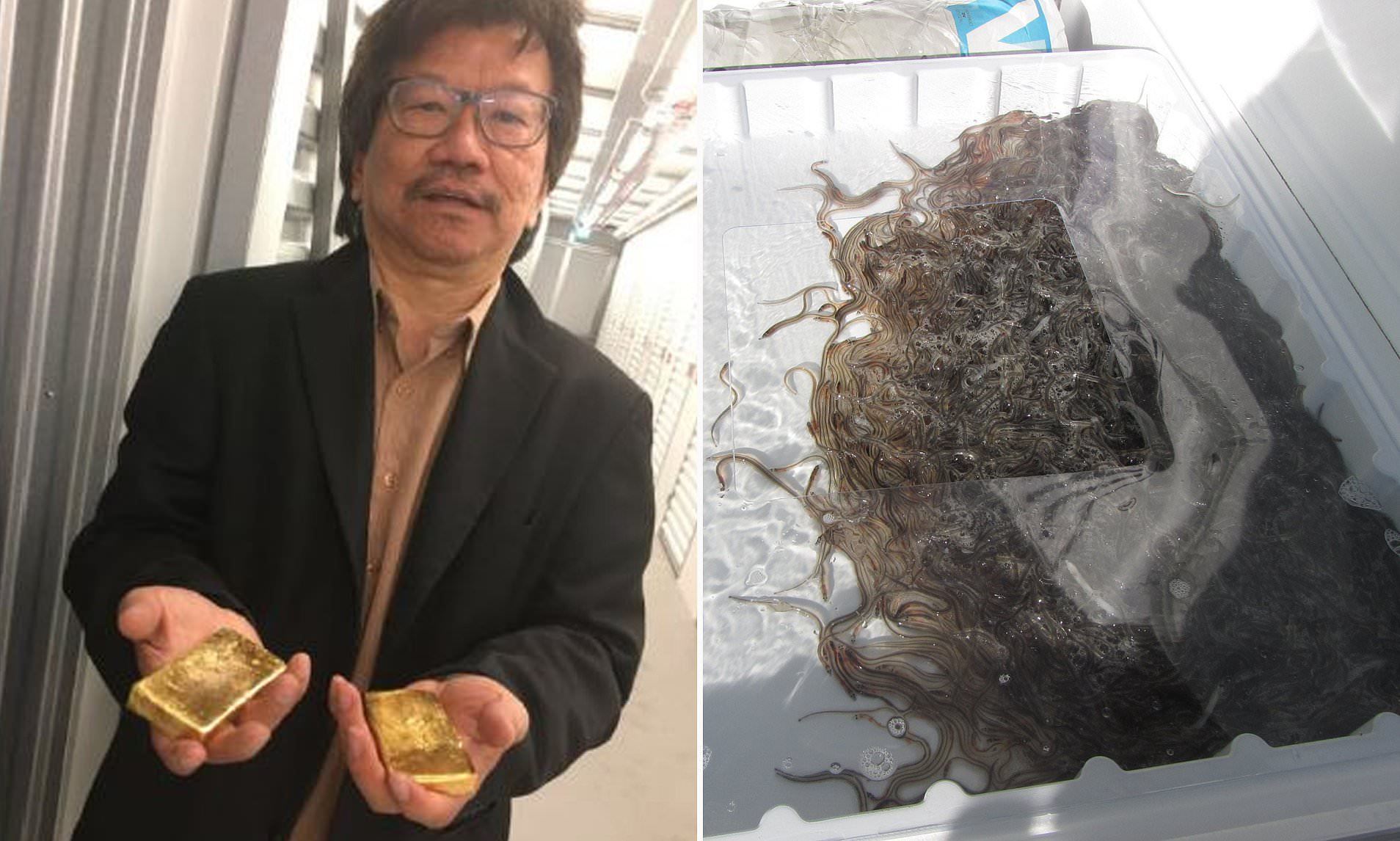 A seafood salesman has been given a two-year suspended jail sentence for smuggling an estimated £53m worth of endangered live eels out of the UK.
Gilbert Khoo, 67, transported the eels from London to Hong Kong, hidden underneath chilled fish, between 2015 and 2017, a court heard.
He was caught after Border Force officers found 200kg of the "glass eels" at Heathrow Airport.
It was the first seizure of its kind in the UK, Southwark Crown Court heard.
Khoo, of Chessington, Surrey, was sentenced to 24 months imprisonment on each of three counts of evasion of a prohibition on the export of goods.
Each sentence was suspended for two years.
He was also found guilty of three counts of failure to notify movement of animals.
The prosecution said the crimes involved 16 consignments with an estimated retail value of £53,265,000 in the illegal market for them in Asia.
 Glass eels refers to an intermediary stage in the eel's life history, between the leptocephalus stage and the juvenile (elver) stage
 The adult European eel can grow up more than 1m long
 They are nocturnal creatures
 Glass eels are often illegally smuggled to Asia, where they are farmed and sold as a delicacy
 In the UK, glass eels can only be caught by licensed fishermen
 The current price for eels bought and sold legitimately within the EU is about £150 per kilogram
 Khoo kept the live eels, imported from countries within the European Union, in a barn in Gloucestershire, before repackaging them to be exported.
 Judge Jeffrey Pegden QC, who also ordered Khoo to do 240 hours of unpaid work for the community, said: "In my view you played a leading role in this country in what was a large commercial operation driven by others, the purchasers abroad, where the desire for the glass eels was abundant."
 The judge said he had "no doubt at all" that Khoo's criminal operation had "a significant environmental impact upon the European glass eel", which has a 30-year life cycle.
 Eels are threatened with extinction unless the threat against them is closely controlled, the court heard.