March 7 speech, a reflection of Bangabandhu as a man of peace 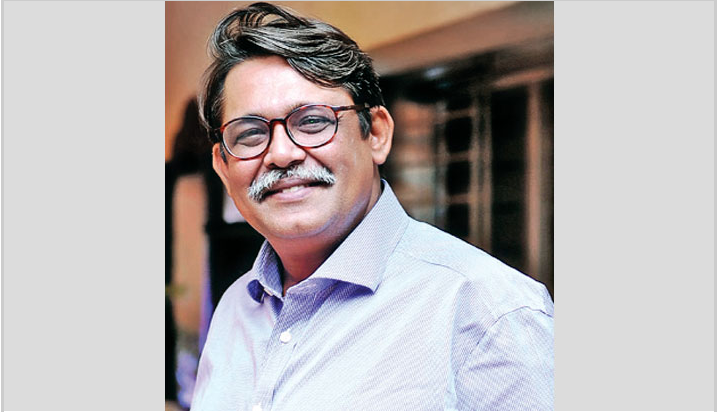 Those who were present at Dhaka’s Race Course Maidan or heard Father of the Nation Bangabandhu Sheikh Mujibur Rahman’s historic March 7 speech cannot forget the fiery voice, tinged with words of regret against the Pakistani junta, and the cautious words of stepping towards the fight for an independent Bangladesh.

Bangabandhu made it clear in his speech that he wanted a peaceful solution to a crisis created by General Yayha Khan and Zulfiqar Ali Bhutto, who was later hanged by his own military rulers. The greatest Bengalee of all times gave the time to the Pakistani rulers to avoid any conflict, especially violence, as it meant bloodshed. He knew his people were ready along with him to sacrifice their lives for their democratic rights.

A large part of his speech detailed his efforts to convince the Pakistanis to avert any wrongful move to help end the crisis peacefully and without any bloodshed. That spoke of Bangabandhu’s great worries about his people who were out on the streets demonstrating for their democratic rights and that if peace failed, blood would flow.

By this he had established himself as a man of peace, defender of human rights and one who valued democratic practices.

He proclaimed de-facto independence in this speech and guided the nation towards an eventual victory and shed light on his character—— a character that should be an example for all men and women.

This alerted Bengalees to the fact that a conflict was inevitable and thus they must take necessary steps to fight or to save themselves. Bangabandhu was ready to sacrifice his own life and stayed at his Dhanmondi Road-32 residence, but saved many lives with this message.

Following the speech, many people had moved to safety or took precautionary measures as far as possible. People stored dry food, candles, medicines and water. Many brushed their rusting weapons and kept them ready for use. Those living in Bihari-majority areas had moved if they could because this Urdu-speaking group from India’s Bihar state were already threatening the Bengalee people.

“Turn every house into a fortress, resist the enemy with everything you have ... Having mastered the lesson of sacrifice, we shall give more blood. Inshallah, we shall free the people of this land,” said Bangabandhu in his speech.

“I have come before you today with a heavy heart” and then at one point he said: “As I told them (Pakistanis) earlier, Mujibur Rahman refuses to walk to the Assembly trading upon the fresh stains of his brothers’ blood! Do you, my brothers, have complete faith in me….? …. Let me tell you that Prime Ministership is not what I seek. What I want is justice, the rights of the people of this land. They tempted me with the Prime Ministership, but they failed to buy me over. Nor did they succeed in hanging me on the gallows, for you rescued me with your blood from the so-called (Agartala) conspiracy case. That day, right here at this race course maidan, I had pledged to you that I would pay for this blood debt with my own blood. Do you remember? I am ready today to fulfill that promise!”

The man of peace and justice made it clear that he kept all options open to find a peaceful end to the crisis and if blood was required to achieve the rights of the people, he would first sacrifice his life. For a man who has been in and out of jail throughout his life knowing death came close many times, yet once again he was offering his own blood as peace was not the choice of the Pakistanis.

Bangabandhu further explained “As you know, I have been in contact with President Yahya Khan. As the leader of the majority party in the National Assembly, I asked him to set February 15 as the day for its opening session. He did not accede to the request I made as the leader of the majority party. Instead, he went along with the delay requested by the minority leader, Mr Bhutto, and announced that the Assembly would be convened on the 3rd of March.

We accepted that, agreed to join the deliberations. I even went to the extent of saying that we, despite our majority, would still listen to any sound ideas from the minority, even if it were a lone voice. I committed myself to the support of anything to bolster the restoration of a constitutional government. There was an immediate outcry against this move by the people. I called for a hartal as a peaceful form of protest and the masses took to the streets in response. And what did we get as a response?”

The Friend of Bengal like a true democrat explained the whole situation as if asking for the permission of Bengalees that if needed, the final fight has to be fought even if it meant bloodshed. No other leader, on record at least, in the world has ever shown such magnanimity in seeking permission for his actions for those who love him as well as voted him to make him the majority leaders of  the then Pakistan.

An angry Bangabadhu then told the mega rally “He (Yayha) turned his guns on my helpless people, a people with no arms to defend themselves .... it is my own people who are being fired upon today. In the past, too, each time we the numerically larger segment of Pakistan’s population-tried to assert our rights and control our destiny, they conspired against us and pounced upon us. The deadlock was created by Bhutto, yet the Bengalees are the ones facing the bullets! We face their guns, yet it’s our fault. We are the ones being bit by their bullets- and it’s still our fault!”

To the Pakistanis a last appeal: “I say to them again, you are my brothers, return now to the barracks where you belong to and no one will bear any hostility toward you. Only do not attempt to aim any more bullets at our hearts: It will not do any good! ….. And the seven million people of this land will not be cowed down by you or accept suppression any more. The Bengalee people have learned how to die for a cause and you will not be able to bring them under your yoke of suppression!

Bangabandhu then gave his most serious message to the crowd: “Be ready with whatever you have. Turn every home into a fortress.” That made it clear that bloodshed was inevitable unless a miracle could bring some sanity on the part of the Pakistani rulers. If we can peacefully settle our differences there is still hope that we can co-exist as brothers. Otherwise, there is no hope. If you choose the other path, we may never come face-to-face with one another again. For now, I have just one thing to ask of you: Give up any thoughts of enslaving this country under military rule again!”

Pakistanis chose guns and bullets ignoring what Bangabandhu told them, while his people did what he had ordered them to do. The result: East Pakistan was replaced in the world map by a newly independent country called BANGLADESH.