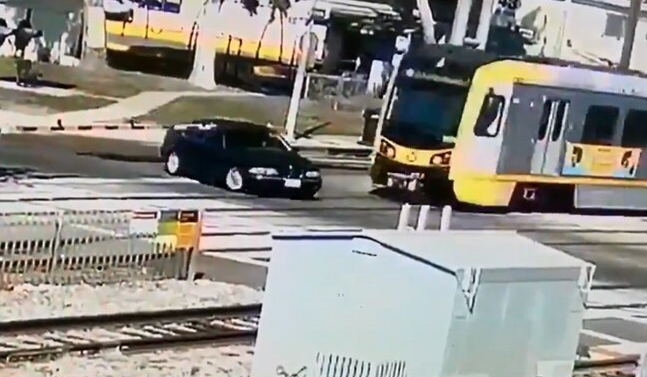 A horrifying video shows the moment a BMW was crushed by an oncoming train as it turned onto the tracks. The video, shared by Los Angeles Police Department on Twitter, shows the driver of the BMW turning left onto the train tracks, despite one of the gate arms being down, and immediately getting crushed by the metro train.

According to KTLA, the incident occurred just before 11am on Tuesday in South Los Angeles.

Miraculously, despite his car getting completely mangled in the collision, the driver of the BMW managed to escape with only minor injuries.

"This could've had a tragic outcome," wrote the Los Angeles Police Department on Twitter while sharing the shocking video. They also warned other drivers to be careful around railway tracks and added: "Fortunately the driver survived with minor injuries, but this should serve as a good reminder to all of us — pay attention near train tracks, and always obey all traffic signals and devices."

The video has gone viral on Twitter, with many wondering how the driver managed to survive the horrific collision.

Detective Moses Castillo of the police department tweeted about the incident on Wednesday, writing that the driver of the luxury car managed to make it out alive with only "scraped and bruises".

A photo of the crushed BMW was later shared on the microblogging platform by LAPD's Commander Marc Reina. 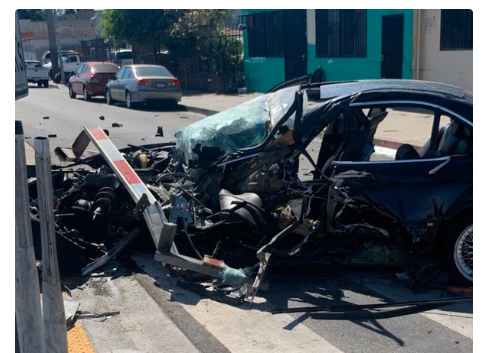