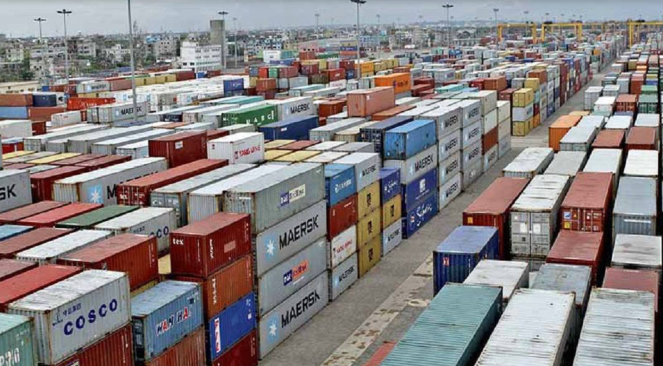 Bangladesh’s export earnings dropped by 4.79 pc  in the first eight months of the current fiscal year compared to the corresponding period of 2018-19 fiscal year.

According to Export Promotion Bureau (EPB) data released on Thursday, the export dropped by $26.24 billion during July to February against $27.56 billion in the corresponding period of the last fiscal.

The data also mentioned the earnings fell short of the target by 12.72 percent estimated for the period.

“The export earnings from apparel sector declined to $21.84 billion in July-February period against $23.12 billion during the last year fiscal. Of them, earnings from woven garments dropped by 5.88 percent, from knitwear exports fell by 5.17percent and earnings form home textile declined by 7.47 percent,” the data also cited.

The EPB data show export earnings from leather and leather goods fell by 9.04 percent to $631.89 million in this period against $694.72 billion during the corresponding period of the last fiscal.

“Although, the country’s export earnings from Jute and jute goods exports during the period increased by 24.45 per cent to $697.63 million from $560.56 million and agricultural products like vegetable, fruits, spice and tea exports went up by 3.83 percent to $667.36 million from $642.73 million in last fiscal,” the EPB data further mentioned.