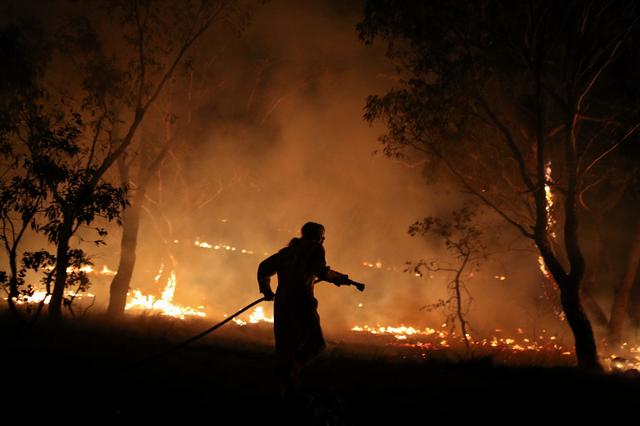 The blazes in late 2019-early 2020 destroyed more than 20 percent of all Australia’s forests, devastated local communities and killed tens of millions of animals. Experts at the World Weather Attribution service, which says it provides the means to make clear connections between greenhouse gas emissions and impactful extreme weather events, said the fires were made far more likely due to extreme heat and drought linked to global warming.

Their models confirmed that a lack of rainfall and higher temperatures in 2019, compared with 30 years ago, increased the likelihood of widespread blazes by at least 30 percent.

They found that heatwaves in Australia are now 1-2 Centigrade hotter than in 1990 and said the true risk increase could be “far greater” than that predicted by traditional climate modelling.

“Extreme fire weather such as we had the last few months causing disastrous bushfires is getting worse due to anthropogenic climate change,” Geert Jan van Oldenborgh from the Royal Netherlands Meterological Institute and lead study author told AFP.

“The problem is that climate models are not good enough to compute exactly how much worse because they under-estimate the influence of greenhouse gases.

“It is at least 30 percent (increased likelihood), it could be much more.”

Prime Minister Scott Morrison came under fire from green groups last year for saying there was no link between greenhouse gas emissions and the fires, which burned for months across much of Australia’s southeast.

Friederike Otto, from the University of Oxford’s Environmental Change Institute, said there was no doubt that carbon emissions — which have already warmed Earth more than 1C since pre-industrial times — had contributed.

Australia experienced an exceptionally hot and dry summer — with some months as much as 3C hotter than the historical average.

Much of the country was rendered more combustible by a long-term trend that sees less rainfall over the southeast due to temperature disruption in the Indian Ocean.

For Michael Mann, director of Penn State University’s Earth and Environmental Systems Institute who is on sabbatical in Australia, reliance on modelling risked vastly under-estimating the role climate change is playing in individual weather events.

“Current generation climate models are simply not up to the task of extreme event attribution,” he told AFP.

“They are not capturing key atmospheric mechanisms behind these extremes that are almost certainly being influenced by climate change.”

He said it was “no coincidence” that Australia experienced its worst ever fires during a record-breaking heatwave.

“Climate change has played a key role here, and whether or not current generation climate models are up to the task of identifying this is somewhat irrelevant,” Mann added.