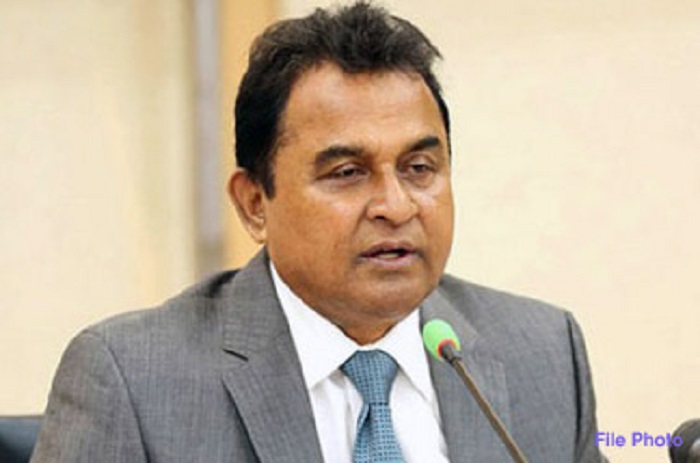 Finance Minister AHM Mustafa Kamal  asked the Sonali Bank officials and staff to exploit its potentials and opportunities as a major state-owned financial institution, delivering better services to its clients.

“I hope that you’ll move forward this Bank (Sonali) in a much more perfect way . . . Hope you’ll be successful, Insha Allah,” he said opening the Bank’s annual conference 2020 at the Bangabandhu International Conference Center (BICC) in the city.

The minister particularly directed the Sonali Bank officials to address the issues of people financially lagging behind devising ways for their inclusion in the mainstream of national economy.

Kamal said Sonali Bank was an institution having immense potentials and opportunities which it should use properly in the coming days.

He said the government expected the bank to do so to supplement its endeavors for fulfilling the unfinished tasks of Father of the Nation Bangabandhu Sheikh Mujibur Rahman.

Bangladesh Bank Governor described the leading financial institution as the country’s “iconic bank” saying because of its stake in the financial sector it had huge responsibility for keeping the momentum of the economic growth and size.

Kabir suggested the senior Sonali Bank officials to diversify their focus instead of concentrate on any particular sector, discarding their fears in disbursing loans laying an extra emphasis on manufacturing sector.

He, however, asked bank officials to take tougher stance against Non Performing Loans (NPLs) but acknowledged that the current NPL scenarios was not unusual compared to the situation in neighboring countries.

According to the central bank the overall NPL in December last was 9.32 percent while the net NPL was around 1.5 percent.

The central bank Governor also urged the Sonali Bank officials to discharge their duties properly as well as to play their supporting role towards attaining the development goals.

The financial institution division senior secretary said the country’s people still have much more trust and confidence over the state-owned banks and suggested the Sonali Bank authorities to put higher priorities on delivering customer services in a speedy manner through innovative ideas and using of modern technologies.

The Sonali Bank Chairman said that the bank was now contemplating introduction of performance management system and simultaneously planed to launch mobile apps as the first bank among the state owned ones on March 17 marking Bangabandhu’s birth centenary celebrations.

He also urged the bank officials to increase their productivity saying that the Sonali Bank Ltd might face a challenge when the single digit interest rate will come into force largely from April 1 this year.

“We want to go on top through gaining satisfaction of all and increasing the standard of services. If so, the amount of classified loan will come down automatically,” he added.