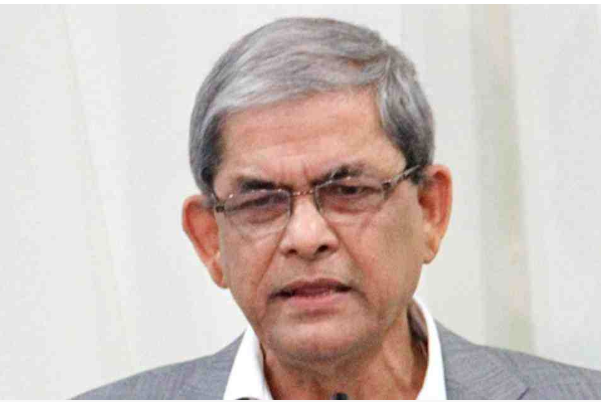 BNP secretary general Mirza Fakhrul Islam Alamgir on Wednesday raised a question about the independence of the judiciary since a former ruling party MP and his wife was granted bail on Tuesday hours after they had been ordered to send to jail in Pirojpur.

“The Pirojpur incident has exposed that the government is controlling the judiciary,” he said.

The BNP leader came up with the remark while talking to reporters in front of the party’s Nayapaltan central office before going to appear before a Dhaka court.

The acting district and sessions granted the couple bail for two months accepting a review petition filed by them.

Fakhrul said the court was forced to grant bail to the ex-AL MP and his wife in cases failed by the ACC. “This incident has proved there is no rule of law in the country.  It has also nakedly manifested that the judiciary is not independent here.”

“We talked about the way communal riots and divisions have been created in his (Modi’s) country over the NRC. Political parties and different organisations in Bangladesh got aggrieved over it (Delhi riots) and they are expressing their reaction to it. That’s why we questioned how much decent it will be for him to come to Bangladesh at this time.”