Bengali as a Thriving Language that Wins Hearts 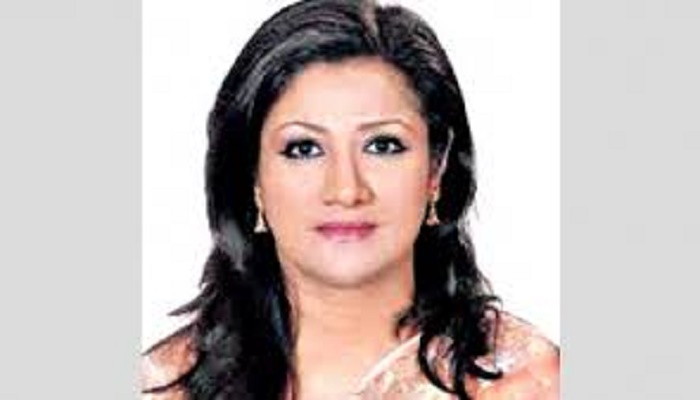 Bengali is a thriving language in today’s globalised world contrary to the reasons of prominence of other languages. In terms of population of native speakers in Bangladesh, Bengali ranks fourth in the world after Mandarin, Spanish and English. In terms of total speakers around the world, Bengali is seventh in the world of all spoken languages. Increased usage of Bengali will keep it as a thriving and living language for thousands of years more in the future.

Now people belonging to other nationalities are also learning Bengali and even doing research in it. While people of different nationalities are learning and elevating Bengali out of their love for this language, we should also do our utmost to uphold its status in the world of today and tomorrow.

Mandarin being the most prominent language of China, the biggest producer and supplier of the world, has gained importance in post WWII world. Most languages of the colonial powers gained prominence from being widely used in the newly independent colonial countries. For instance English is an international language today as it became adopted in the post colonial era as an official language in many colonial countries after their independence. This was to enable ease of continuity in administrative, judicial and many official matters related to governance in the newly independent colonial countries. Similarly, Arabic as the language of oil-rich countries has also gained popularity.

But our people never went to subjugate, conquer or colonise another country or people using military force. Nor are we a huge industrial or oil-rich power. Rather people come to learn Bengali for the rich literature and cultural heritage it represents and out of deep respect for the people who emancipated themselves from age old shackles of alien domination.

Bengali is one of the most accommodative of modern living languages in today’s world. Bengali has made space in its repertoire to add many foreign words over the passage of time. Present day Bengali language holds words which have origins in Arabic, Persian, Portuguese, English, etc. For ease of pronunciation by the Bengali tongue, sound of some of the foreign words have been slightly changed, but not so much that their origin cannot be recognised. Both the Bengali language and its people are very hospitable and accommodative by nature.

So, as there are living languages there are also dead ones too! There are many dead languages which are no longer spoken by living people today. We can find samples of dead languages in museums, ancient manuscripts, archaeological sites, etc. We can’t read them now, but once upon a time these languages were used for speaking and writing by people in ancient times.

When we visit museums, ancient temples or ruins of ancient civilisations we see illegible writings on walls, in ancient manuscripts, terracotta or stone tablets! These hieroglyphics, pictures or scribbles look like gibberish to us now. But once upon a time these were the written forms of spoken languages of ancient civilisations! As no living people speak these languages anymore, they are now dead! A language once used by living people but now no longer used by anyone to speak or write in everyday life is a dead language.

Stone or terracotta tablets of dead languages found from archaeological sites of ancient ruins are illegible and unreadable to us now. But experts learn the ancient languages to decipher the writings of ancient manuscripts. But it is only for academic purpose and not for reviving the language. When ordinary people no longer use a language in their everyday life, then it can be said to be a dead language.

The first archaeological excavations in the pyramids, some hundred plus years back, revealed drawings on the inside of the pyramids which archaeologists first thought were only artwork. But gradually experts of ancient languages found a sequence which made clear that each picture represents something like a letter of today’s alphabets. They gradually deciphered the mysterious drawings to find the alphabetical key to the writings on the walls. Soon the meaningless pictures of ancient pyramids, temples, stone tablets started becoming meaningful and telling interesting stories of people long gone. These were the tales of the Pharaoh’s, their consorts and their ancient way of life.

Everything that the ancient Egyptians did was left for us to find about them from the writings in their long dead language. The ancient Egypt of the Pharaoh’s gradually unfolded before us. We learned how they lived, loved, worshipped, died and buried their dead. In the process, we came to know that the ancient Egyptians belonged to a rich civilisation and spoke in a very different tongue. But somehow that language became extinct as there are no living people who spoke in that tongue or wrote in that language anymore.

Similar fate overtook the languages of the Harappa, Mohenjodaro, and Gandhara civilisations too. A visit to Takshashila or Taxila, the ancient school of learning where Chanakya or Kautilya taught, was an amazing experience. It was an ancient university where students came to learn from far and wide. Stone tablets in museums display writings which we no longer can read, as it has undergone much change. But experts have unlocked the mysterious writings so that they can learn about the teachings of the ancient scholars and the way of life of long ago.

Sanskrit was once the written language in the court of kings of the subcontinent. It was the language of courtiers, aristocrats, scholars and elites of that time. But it was not the spoken language of ordinary people, the farmers, artisans and those who were less educated. For various reasons over time Sanskrit lost its exalted place of usage in court. Since it was not used by the common people anyway, therefore with non-usage in court, it gradually fell into decline. Now except for academics and pundits who specifically learn Sanskrit for work purpose, there are not many people who can read, write or speak in Sanskrit. The same thing happened with regard to Latin, a language which went into decline, but now learned by scholars and academics for specific purposes.

There is a unique example of a revived dead language. Hebrew is an ancient language that went nearly extinct. Now, with the creation of Israel, all Jewish people who live in Israel must learn it. So, it is gradually helping in the revival of Hebrew once again. As such, it is the only example of a once dead language now revived again.

In independent Bangladesh we are still trying to establish Bengali or Bangla as the official language. After all, we are the only nation who has shed blood for our mother tongue. But sadly we could not yet establish Bengali as our court language. In 1971, we gained independence of our beloved country from thousands of years of consecutive alien domination. But still we could not establish our mother tongue in all aspects of administrative, legislative and governance within the country. This is undermining our language movement which led to our movement for autonomy and eventually freedom from domination. Psycho-social shackles of centuries of colonial bondage and our lack of strong will are behind this, which must be overcome.