Footshake instead of handshake in coronavirus-hit Wuhan 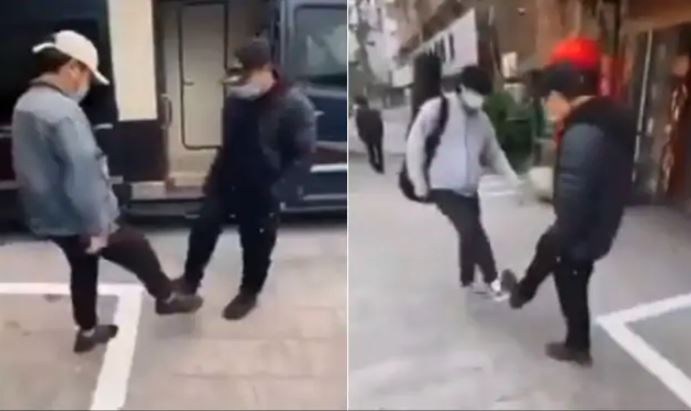 In China, hoardings have been installed to tell people not to shake hands but to join their own hands together in a sign of greeting to reduce the risk of contracting the new coronavirus.

The new form of greeting using feet has been dubbed the 'Wuhan shake' after the Chinese city where coronavirus was first detected.

Since being shared on Twitter, the Wuhan shake video has been viewed more than 50,000 times. "It's all about human adaptation!" wrote one Twitter user while responding to the video, while another said: "This is how I'm greeting everyone from now on."

The video comes as public health officials warned people to avoid shaking hands, hugging and kissing to prevent the spread of coronavirus. Officials have also urged the public to wash hands frequently with soap.

China is not the only country where citizens have been urged to avoid direct contact with each other. In France, newspapers have been filled with advice on how to replace kissing on the cheek -- an everyday greeting in the country. In United Arab Emirates, meanwhile, citizens have been asked to stop the traditional "nose to nose" greeting.