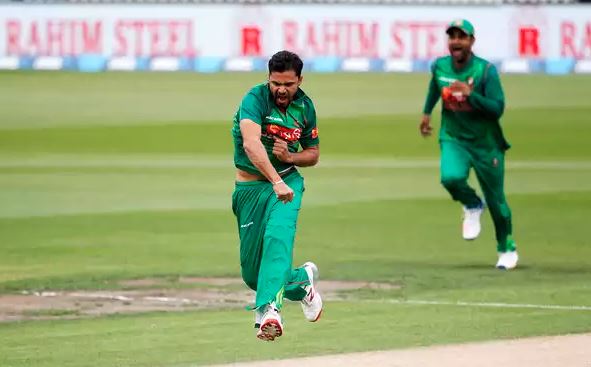 Mashrafe Mortaza will be the cynosure of all eyes when Bangladesh step on the field to take on Zimbabwe in the three-match ODI series.

Mortaza, Bangladesh's inspirational veteran ODI skipper, has been under the scanner for a while after he decided to prolong his ODI career post the World Cup.

Even though he didn't feature in his side's only ODI series after the mega event in England, Mortaza will lead Bangladesh in these three games and has been told that he will no longer be captain after the conclusion of the series.

In such a scenario, what the future holds for Bangladesh's most successful ODI bowler remains to be seen. If he is indeed going, he would want to do it on a high. Bangladesh were hammered by Sri Lanka in their most recent ODI assignment last July but they start as firm favourites now despite making a host of changes.

Mohammad Naim's impressive start to his T20I career has been rewarded with an ODI callup with Soumya Sarkar making way. The likes of Sabbir Rahman, Rubel Hossain and Taskin Ahmed have also been ignored with Liton Das, Nazmul Hossain, Al-Amin Hossain and Mohammad Saifuddin returning to the ODI fold.

The series holds plenty of significance for Zimbabwe as well. Having already missed out on a World Cup, it's imperative they put up noteworthy performances in 50-over cricket. They lost their last five ODIs to Netherlands and Ireland and were whitewashed by Bangladesh on these shores 18 months ago as well.

Chamu Chibhabha will begin his first assignment as Zimbabwe's captain and he will be happy to have the services of Sean Williams, who has arrived following the birth of his child that forced him to miss the Test match. The likes of Williams, Craig Ervine and Brendan Taylor will hold the key, especially in this part of the world against spin.