Home Office boss of UK quits over 'campaign against him' 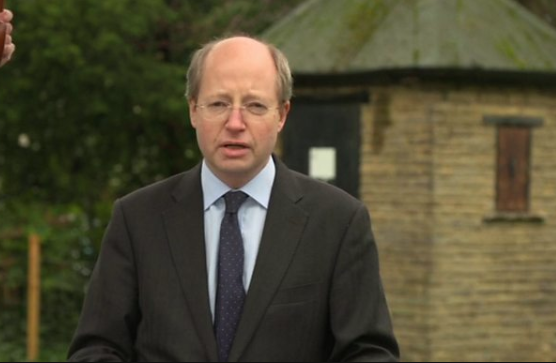 The top civil servant in the Home Office has resigned and said he intends to claim against the government for constructive dismissal.

Sir Philip Rutnam said there had been a "vicious and orchestrated" campaign against him in Home Secretary Priti Patel's office.

Reported tensions between the pair included claims she mistreated officials - which she has denied.

Our political editor added: "I can't remember a senior public official taking a step like this."

Sir Philip, who has had a career spanning 33 years, said he received allegations that Ms Patel's conduct towards employees included "shouting and swearing" and "belittling people".

He said he believed his experience was "extreme" but part of a "wider pattern" in government.

It comes days after the home secretary and Sir Philip released a joint statement saying they were "deeply concerned" by various "false allegations" made about Ms Patel.

Allegations the pair dismissed included reports that  Patel, who has been home secretary since Boris Johnson became prime minister, bullied her staff and was not trusted by MI5 bosses.

Patel has not yet commented on Sir Philip's statement.

In a statement given to BBC News, Sir Philip said: "In the last 10 days, I have been the target of a vicious and orchestrated briefing campaign."

He said allegations he had briefed the media against the home secretary was one of many "completely false" claims against him.

Sir Philip said he did not believe Ms Patel's denial of any involvement in the false claims, adding that she had not "made the efforts I would expect to dissociate herself from the comments".

He added he had attempted a "reconciliation" with Ms Patel but that she had "made no effort to engage with me to discuss this".

Sir Philip said it was his duty to "protect the health, safety and wellbeing" of Home Office workers but that doing so had "created tension" between him and Ms Patel.

"I have received allegations that her conduct has included shouting and swearing, belittling people, making unreasonable and repeated demands - behaviour that created fear and needed some bravery to call out," he said.

The FDA union for senior public servants said Sir Philip's resignation was a consequence of people making anonymous claims about those "who are unable to publicly defend themselves".