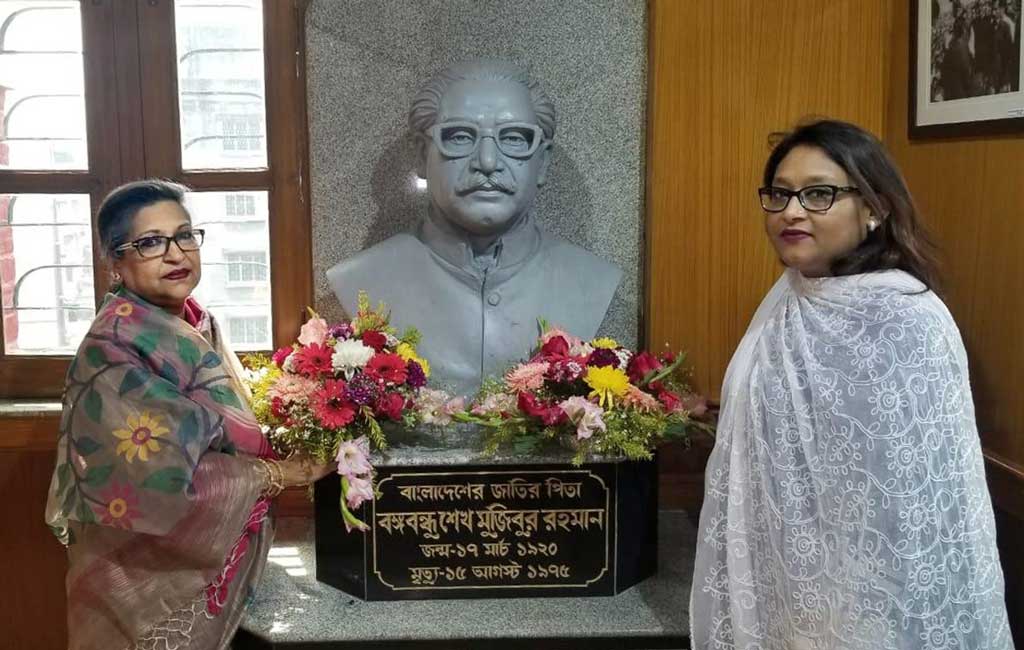 They traveled to Kolkata, the capital of Indian state of West Bengal, to pay tributes to the memory of Bangabandhu on the eve of the “Mujib Borsho” (Mujib Year), a Prime Minister’s Office release said here today.

Being a student of Islamia College (now Maulana Azad College) in Kolkata, Bangabandhu Sheikh Mujib used to live at the room No. 24 of ‘Baker Hostel’ during his student life.

Currently the rooms 25 and 28 of the hostel are being used as ‘Bangabandhu Memorial Museum’, said the release.

He was elected General Secretary of the Students’ Cabinet in 1946 and received his BA degree from there.

While studying in this college, Bangabandhu stood by the famine-stricken people and distributed relief goods among them. He also participated in the Hallway Monument Movement from here.

Bangabandhu actively took part in the Pakistan movement, and he also worked to save the people from the riots by risking his life at that time, the release said, adding a big chapter of his political activities was written here, the release added.

The 2020-2021 has been declared by the government as ‘Mujib Year’ to celebrate the great leader’s birth centenary, and the celebration programmes will start on March 17.