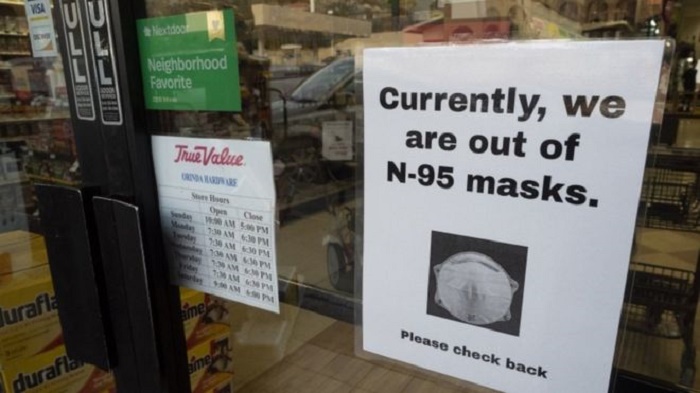 Officials on the US West Coast have reported three unexplained coronavirus cases, raising concerns the virus could be spreading within the community.

The patients - in California, Oregon and Washington State - have no known connection to a badly hit country.

A total of 59 coronavirus cases have been confirmed in the US, according to the World Health Organization (WHO).

Meanwhile South Korea, which has the highest number of cases outside China, mobilised the army on Saturday.

Soldiers are disinfecting large parts of Daegu, the south-eastern city that has been at the centre of the country's coronavirus outbreak.

On Friday South Korea reported a sharp rise in the number of cases of the Covid-19 disease. It now stands at 3,150. The respiratory illness has killed 17 people in the country so far.

What is happening in the US?

On Friday health officials in California's Santa Clara County said an older woman with chronic health conditions had been diagnosed with Covid-19.

Officials say she is not known to have travelled to a country badly affected by the virus or been in contact with a person who had.

"This new case indicates that there is evidence of community transmission but the extent is still not clear," said Dr Sara Cody, director of the Santa Clara County Public Health Department.

Neither had any contact with a known case nor any history of travel to an affected region.

These bring the total of unexplained cases in the country to four, after another such case was reported in California in Tuesday.

On Friday, President Donald Trump accused the Democrats of politicising the outbreak. "This is their new hoax," he told a rally in South Carolina.

He accused the Democrats of advocating a policy of open borders and said this was "a direct threat to the health and wellbeing of all Americans".