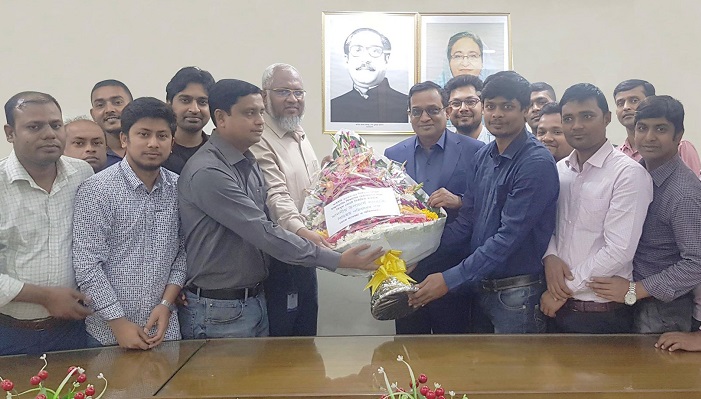 Newly elected Chairman Professor Noor said, “Mujib Year will be observed with huge fanfare and festivity taking all Civil Engineers of the nation.”

He also expressed hope to build a prosperous Bangladesh joining hands with the Civil Engineers under the leadership of Prime Minister Sheikh Hasina.

It could be mentioned here that Professor Munaz Ahmed Noor is one of the member of the Digital Bangladesh Task Force of Vision-2021 under the leadership of PM Sheikh Hasina.

Earlier, American Leadership Board selected Munaz Ahmed for the Exceptional Educator award on December 5, 2018 and handed over the accolade on January 18, 2019.