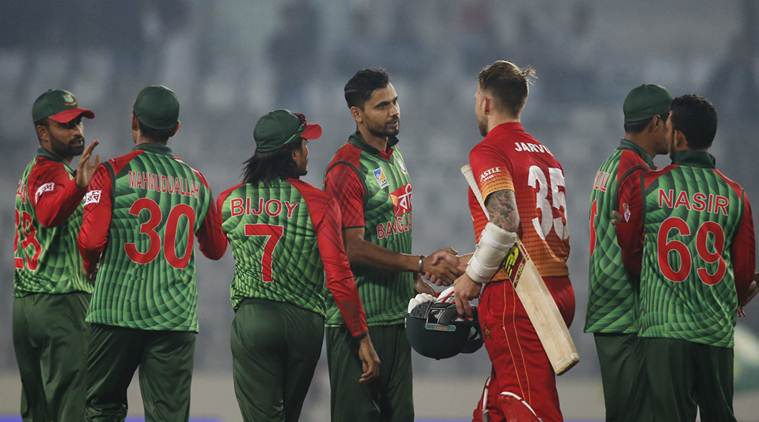 After the one-off Test, Bangladesh and Zimbabwe are now set to face off in a three-match ODI series starting at Sylhet International Stadium on Sunday.

Bangladesh are looking to show the same dominance that they have demonstrated in the one-off Test winning the match by an innings and 106 runs.

Bangladesh called new faces- Afif Hossain and Mohammad Naim- for this series. Both of them have played a few T20Is for the Tigers. Ahead of possible ODI debut, they expressed that they are ready to take the new challenge.

“I have been waiting for this day for a long time. Now my dream came true as I am a member of the Bangladesh ODI team. If I get a chance in the playing XI, I will try to utilise it for my team,” Afif told the media before leaving for Sylhet on Thursday.

Afif usually bats at the middle-order. But in the national team, he might not get a chance at the same place as there are some established members at the top-order. However, the southpaw said he is ready to bat at in any position.

“It depends on the team combination. If the team management decides to play me at the top of the order, I am up for that. Actually, I am ready to bat at any position,” Afif added.

Like Afif, Naim is also excited to be a part of the Bangladesh ODI team. The left-handed batsman said he is confident to take the challenge of 50-over cricket in the international arena.

“It’s a new challenge for me and I am ready to take a challenge at any time. I was advised to work on some special aspects of my game during the two-day practice match against Zimbabwe before the Test. I worked on those and now, I am ready to play 50-over cricket,” Naim told the media on Thursday.

Naim also insisted that he feels lucky to play for the Bangladesh team under the captaincy of Mashrafe Bin Mortaza.

While the first match of the series will be played on Sunday, the remaining matches are on March 3 and 6 at the same venue. All the matches will be telecast live by Gtv.