Blast at traffic police box: Security beefed up in Chattogram 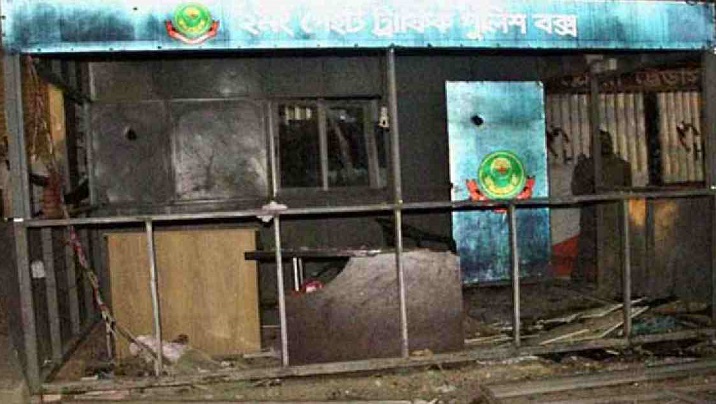 Security has been beefed up in the city after the Friday’s explosion at a traffic police box in Soloshohor area in the city that left five people, including two cops, injured.

Besides, a team of Anti-Terrorism Unit (ATU) left Dhaka for the port city to investigate the incident.

An explosion took place at a traffic police box near Biplob Uddyan around 9 pm on Friday, leaving a traffic sergeant, an assistant sub-inspector, and three pedestrians injured.

Members of Counter Terrorism and Transnational Crime, Special Weapons and Tactics (SWAT) and Bomb Disposal Unit of police rushed to the spot but yet to detect how the blast occurred.

Amena Begum, additional commissioner of Chattogram Metropolitan Police, said,” Police are investigating the blast incident to know whether it was an accident or sabotage.”

She also said police cordoned off the area after the incident while security was tightened at each police box and police check post in the city.