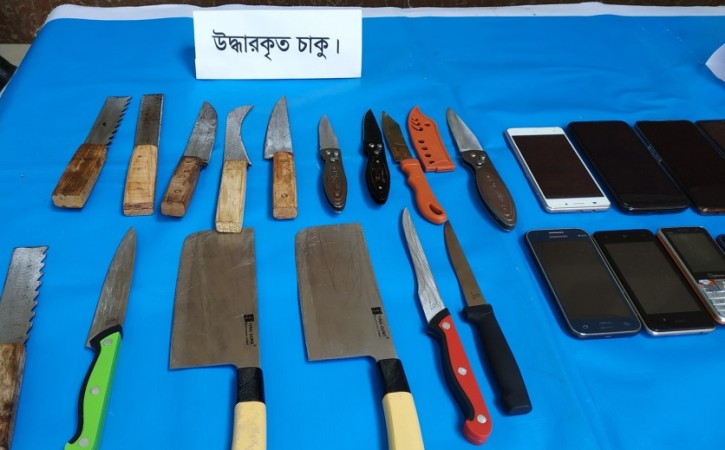 Forty-two members of "Salaam Party", a gang who mugged people at knifepoint in different areas of the capital, have been arrested.

The Detective Branch (DB) of police arrested them during special raids conducted across the capital on Friday, the Dhaka Metropolitan Police said in a press release.

The arrestees confessed during primary interrogation that first they greeted pedestrians or rickshaw passengers with "salaam" and then mugged them at knifepoint.

The DB team also recovered 74 mobile phone sets, a tab, a laptop, 13 knives and two machetes during the drive.