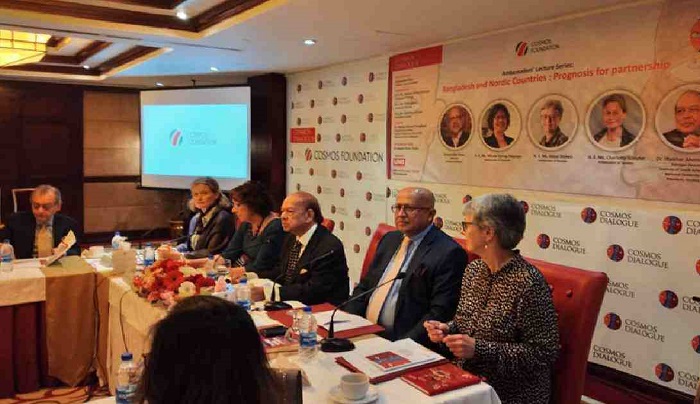 A symposium titled 'Bangladesh and Nordic Countries: Prognosis for Partnership’ began at Six Seasons Hotel in the city on Saturday morning.

Cosmos Foundation, the philanthropic arm of Cosmos Group, is hosting the symposium as part of Cosmos Dialogue Ambassadors’ Lecture Series.

Foreign affairs experts and senior journalists are attending the event.

This early and decisive move to come out and endorse the nascent state spoke to the support for Bangladesh's independence across the region in Northern Europe that these countries occupy.