Malaysia's Mahathir says he has support to return as PM 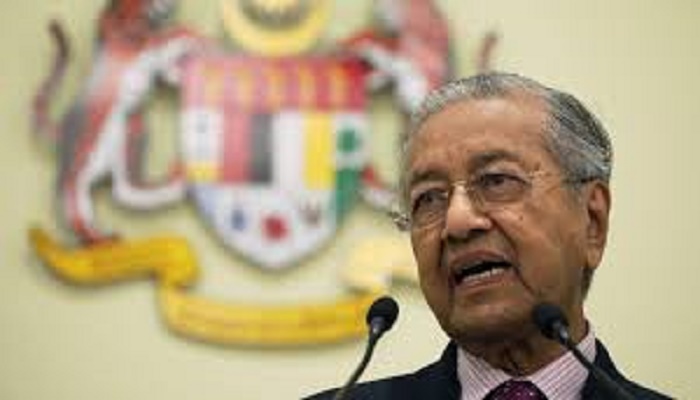 Malaysian leader Mahathir Mohamad indicated Saturday that he will reconcile with the former ruling alliance he led with rival Anwar Ibrahim in an about-turn that follows a week of political turmoil that followed his resignation as prime minister, reports AP.

Mahathir said he met with leaders from Anwar's Alliance of Hope early Saturday and is "now confident that I have the numbers needed to garner majority support" in Parliament to return as prime minister for a third time.

"I am therefore prepared to stand as prospective candidate for Prime Minister," said, Mahathir, the world's oldest leader at 94. The decision will be conveyed to the king, he added.

Mahathir didn't make clear in the statement if he was restoring the former alliance, which won a stunning victory in May 2018 elections. That victory ousted a ruling coalition, once led by Mahathir, that had governed Malaysia since independence in 1957 but had become entangled in a widespread corruption scandal.

The unlikely alliance between Mahathir and Anwar, longtime rivals, crumbled Monday after Mahathir's Bersatu party quit in a bid to form a new government with several opposition parties.

The Alliance of Hope initially nominated Anwar as the next prime minister but reversed Saturday to support Mahathir's candidacy.